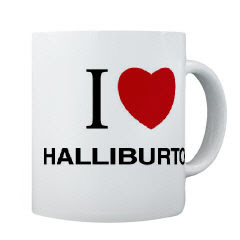 Being the Richard Halliburton of libraries, I ventured downtown yesterday and dropped in on the San Diego Public Library to look up stories about Leonard Pennario. I doubt the place will ever be the same.

From the moment I walked in the door, I needed constant assistance. First I had to be guided to the Newspaper Room. Then I had to be trained on how to use the search system for the San Diego Union. The San Diego Tribune has not been catalogued. And what they have for the San Diego Union is very primitive. You have to select these plastic see-through floppy sheets from a carousel, put them under glass and shine a lens on them.

While I was getting all this straight, the librarian and I got into a fight. She tried telling me I might not find the pianist I was looking for because the library clerks who put in the data might not have thought he was important enough. "I'm sure I will find him," I said. "Well, I don't know," she said. I told her the pianist I was writing about was a major figure. I mean, I didn't want anyone to think I was writing about some nobody. And she told me not to take it personally, that it's just that the clerks might not have heard of him, and.... Yeah, yeah, yeah. Naturally the file was full of stuff on Pennario. She would have known that if she had bothered to ask me who it was I was writing about.

Next step was the microfilm machines. Would you believe I have never used one? It was like going back to 1950. There was a girl next to me also doing research and we kept laughing about it like bad schoolkids. I had to call the librarian over so often that I thought she was going to kill me. Luckily this was not the one I had gotten into the fight with.

After all that Sturm und Drang I came up with only two things remotely useful. So enough about my library trek. Back to Richard Halliburton. My dad always used to read Halliburton's adventure stories to me when I was little. He had a big book of them. I just looked up Richard Halliburton on Wikipedia to see if his name had one "L" or two. And I became absorbed in his biography.

Someone once made the mistake of telling Halliburton he should find "an even tenor" in his life.
"I hate that expression," Richard responded, "and as far as I am able I intend to avoid that condition. When impulse and spontaneity fail to make my way uneven then I shall sit up nights inventing means of making my life as conglomerate and vivid as possible…. And when my time comes to die, I’ll be able to die happy, for I will have done and seen and heard and experienced all the joy, pain and thrills—any emotion that any human ever had—and I’ll be especially happy if I am spared a stupid, common death in bed…" I am copying this off of Wikipedia.

There follow details about how Halliburton traveled the world enjoying bizarre encounters with foreigners, undertaking adventures including swimming the Panama Canal, and experimenting with people of both sexes.

But I bet he never ventured into one of our public libraries. That is an explorer's true test.
Posted by Mary Kunz Goldman on May 17, 2008