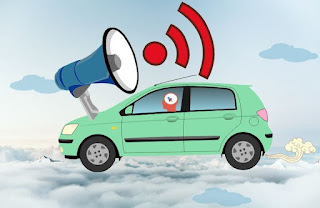 Last night at 4 a.m., Howard and I were awakened by a car blaring the Chicken Dance.

As I put on Facebook that is something that could only happen in Buffalo!

We even have a phrase for that. We say "That is so Buffalo." My friend Melinda and I did a story once with that headline and it included a million things that warrant you saying that.

Too bad this car blaring the Chicken Dance waited until now to happen, otherwise it could have been front and center in that story!

I am not sure if everyone knows about the Chicken Dance so for non-Buffalonians, it is a kind of polka that we do at weddings here in Buffalo. You have to flap your arms like a chicken flapping its wings.

I just found this video. It appears the Chicken Dance is big at Oktoberfest. Like many Buffalo things it is a German / Polish thing.

Anyway. 4 a.m., I awaken to this faint music. I think it is trickling from my or Howard's phone. These phones are always doing funny things.
But no. As I slowly regain consciousness, it gets louder and louder until it is earsplitting, right in front of the house. Like a window-rattling boom car, only it is the Chicken Dance. And then it begins to recede. And I realize it is a vehicle passing the house.
What in the world?
You almost had to laugh. Well, OK, you totally had to laugh. I laughed.
I said, "Howard, we need this, in these times."
Posted by Mary Kunz Goldman on March 08, 2022