My New Year Behind the Eight Ball 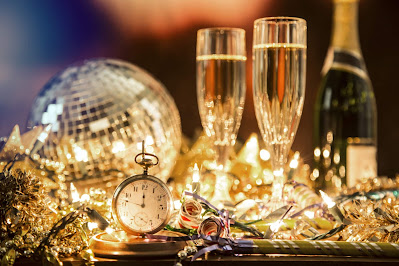 I feel behind the eight ball in the first days of 2022. However it is not my fault.

The holidays have been crazy this year!

Then you have Sunday. That means that for two weeks in a row there was early Mass two days in a row. I kept forgetting what day it was, as well. Today is Sunday and yesterday I kept worrying I would forget to go to church. On account of I had just been to Mass on Saturday morning, New Year's Day.

I admit, I did not do Christmas morning Mass. I did Midnight Mass which in our church really does start at midnight. It is surreal. At 1:15 a.m. you are up in this choir loft singing Mozart's "Jubilate Deo." So as far as Christmas morning mass at 9 a.m., other people in the choir did it, God love them. But me, I did not see that happening and it did not.

However I did do New Year's Day, aka the Solemnity of Mary. That is a dramatic day at Mass in that so many people who show up have been out partying. I was one of those people! I was out to a party. At one point I paused in my reveling to take the picture up above. End result, as we say here in Buffalo, I had to send word the next morning that I would not make the 8 a.m. rehearsal. Then I got a move on and hoped for the best.

As I am getting near the church I see an electronic clock that said 9:04. Could my car's clock be that far off? Obviously I was very late.

As I was parking the car I saw the procession. The priest and his entourage were leaving the sacristy and parading toward the front doors of the church.

I grabbed my music and went flying!

As the procession was going up the center aisle, I was going up the stairs to the choir loft. I got there just as the organ was sounding the first notes of "Adeste Fideles." I stood behind the kids' choir and I was on time for the very first line.

A New Year's miracle! But then this morning I had to do it all over again. A snowstorm was predicted... aiiiiieee! However it ended up not being bad where I live. I was on time for rehearsal.

This was like hazing! I was joking about that before mass.

However it does take you out of your normal life for a few weeks.

That can be a good thing!