The Appassionata and me 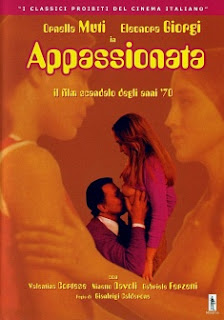 A little while ago, just because I had dinner ready and Howard was not home yet, I sat down at the old Steinway and played Beethoven's "Appassionata."

Just because I could!

Well, I did not know it would go as well as it did. Aside from running through the first movement yesterday, I had not played it in yikes, 15 years. But it came back pretty easily, I have to say that.

Something is almost funny in a way. I think I play better than I used to. Which does not make sense considering I have played hardly at all in 10 years or whatever. When I went to California to see Leonard Pennario I stopped playing. I do not know what it was. I think it was that I loved Pennario and when he died I just did not want to play, because what was I next to him? Maybe it was something like that, who knows.

Who cares, at this point. The long and short of it is, I have been going back to it a little bit here and there, and oddly enough, I am a lot better. Every time I leave the piano for a few years and go back to it I am way better than I was. Another thing, it might be now that I have become a better listener. Part of that comes from listening to Leonard while I have been working on his biography. Part of it comes from working so long as The Buffalo News' classical music critic. I had to listen to a lot and listen carefully and with an open mind.

Not to brag, but when it comes to music, I amaze myself with my capacity to listen. I got better at it over the years. I can sit through entire long, long concerts and never cough or move or fall asleep. I sit there motionless but wide awake, listening, listening, listening.

So maybe that has made me a better pianist when I was not looking. Another thing, my teacher, Stephen Manes, he was great with me. Now and then through my life I have met people who, their teacher told them over and over how great they were, and they have these big egos as a result and it stunts them. Stephen never told me I was great. Heck, he never told me I was good.

Instead he worked me hard. As I was reading through the Appassionata just now, there were signs of a struggle. Faint signs, in pencil, but eloquent all the same. Stephen always wrote freely in my scores, but his writing was always very faint and in pencil and I was finding it hard to read. It was a victory when, at one point, I made out "Rich tone."

My writing was no picnic either. Mostly what I wrote was notes. The notes in the Appassionata get really high, way above the treble staff, and really low, below the bass staff. Now, as opposed to then, it occurs to me that Beethoven was pushing the envelope of what was the normal voicing of the piano. He had the hands very far apart, or else very close together high up or low down. Anyway, I would count up the lines and the spaces, and pencil in "E flat," or "C," or whatever. I seem to remember Stephen was kind of disgusted by that.

And now I can kind of see why. Often these notes are part of arpeggios or something, and you can figure out what the notes are without counting up the lines of the staff or having to write them. Well, having said that, I have to say that my old notes did come in kind of handy.

Anyway, the Appassionata. Because I can!!

I am going to get it back under my fingers and never let it go. I decided that. A half hour every couple of days to run through it, how much is that? After all...