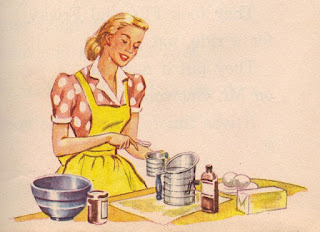 It would not be the weekend without me banging my head against a wall over some complicated pastry I am trying to make for church! Today I wanted to make a cinnamon swirl yeast coffee cake. Sort of like a big cinnamon roll.

I found a sweet dough recipe and mixed it and it rose -- and then it was time for the fun part, to roll it out like a pizza crust, top it with the filling, roll it back up and curl it into a ring.  I had made this yummy filling out of this old hippie cookbook. It was melted butter, brown sugar and cinnamon.

It felt great, rolling out the dough on the cool, clean marble. Then it was fun to spoon the rich filling over it and spreading it to the four corners.

Tuscany, we have a problem!

This always happens to me! The filling starts to ooze to the edges as I am rolling this thing up. There is too much! It pools up. I got to the end and ... zut alors! Zut, zut alors! I had to think fast. I took the upper edge and folded it over the lower so the goo was trapped in the middle, and then I scooped the thick rope into a ring and dumped it into the waiting cake pan.

Sugar and butter and cinnamon was already leaking out the sides. and underneath. Plus the ring was lopsided. It is always lopsided!

Oh well. It really does not matter. The cake gets sliced up before anyone sees it because that is the way you want it after Mass. So the cake could look like this big toad ... 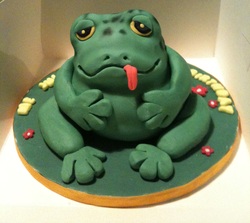 .. and no one would know the difference. It is just something I want to do for myself, do up a cake fat and round and perfect like a big doughnut. Why can't I do that?

I will be brooding about this Sunday morning when I should be listening to the sermon.

I will be looking for answers in Scripture. Especially to that overriding question:

Will somebody please tell me what makes this so much fun?