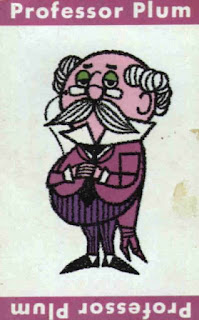 My kitchen is chaos because of a decision I rashly made. I am entering a jar of jam in the Erie County Fair!

As is typical with me I waited until the absolute last minute to make this decision. I did not realize I would have to put down what kind of jam I would make. So I put down plum jam.

With which, I went to the Broadway Market and got a hold of some plums. I bought something like eight pounds because I want to get this jam right.

Last night, 80 degrees and it was 00 degrees in my kitchen. And my kitchen smelled like Christmas because of the spices I am putting in this jam. I do not want to give away all my secrets because I am gunning for a blue ribbon, but one spice is the star anise I prudently picked up at A Dollar back in March.

That made my day, being able to use that star anise! Plus, I had really forgotten how I loved to make jam. It is usually not something you prioritize especially when you have other projects going.

I think the last time I made jam was last summer when I did the story on picking strawberries. Back then I delighted in my garage sale canning equipment and I do so again today. Probably I am using the same jars I used then because we burned through that strawberry jam.

There used to be a crayon called Plum. I wonder if they still have it or if it has been eliminated along with the Mulberry. I think the Plum is still there.