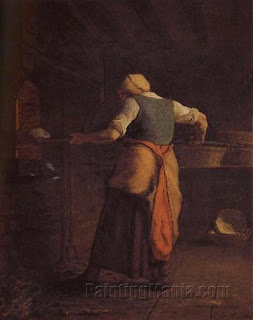 Just because it is 80 degrees and sunny out does not mean that the oven is not on.

I found the greatest recipe last week and earmarked it for Sunday's church coffee hour. It is historic and it sounds delicious.

It is Loyalist Bread!

Usually I look for cookbooks that are sexy, as we say in the newspaper business. I like glossy pictures, vintage graphics. However. Once in a while I go for an oldie without any of these amenities, some hoary old 1970s or '80s cookbook you would not look at twice, a cookbook neither old nor new enough to be sexy.

Such a find was Bernard Clayton's New Complete Book of Breads, Revised and Expanded. 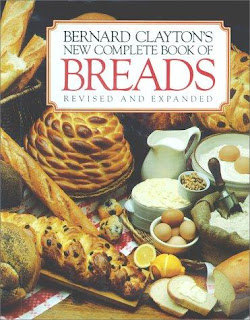 Anyway, I found this book some damn where, as Billie Holiday would say, and it turns out it came out in 1973 and is pretty much the Bible of bread. Looking around the 'Net now I find discussions of the book, such as here.

Ah, look! Barm Brack. It is an Irish tea bread traditional on All Hallows' Eve. That must be tried.

But back to Loyalist Bread. It does indeed refer to the folks loyal to George III during the American Revolution. They scattered to Canada and brought with them their recipes and this was one. It is a blueberry bread. It makes an enormous amount of batter which you then spoon into two loaf pans. I took great pleasure in using two loaf pans that look as if they date to Revolutionary times.

The loaves have to sit in the oven for an hour and a half during which time you go off and get your scholarly work done.

At press time, Loyalist Bread is sitting in the Bosch in its Fort Niagara pans. If the bread turns out well -- which, at the moment it smells great -- I will post the recipe.

I am looking forward to loafing my way through this book.

I enjoyed this post - such lightheartedness is refreshing. Your play with words does not go unnoticed.

MUSE, you made my day!! Your kind words do not go unnoticed either.. So nice of you!