Room at the inn 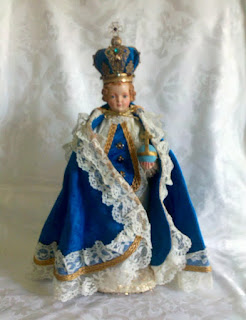 So much has been going on this week that until now I have not gotten a chance to share the good news, that my Facebook friend John Callahan has given a home to the Infant of Prague.

Remember the Infant of Prague at Amvets and how worried we were about him?

There was no room for the Infant at the Inn but there is at John Callahan's house!

John explained on Facebook that he had purchased the statue. I asked him to post a picture but he has not. So we have to use our imaginations. 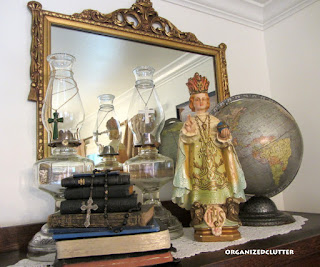 How about that? I see that picture is credited to Organized Clutter. It looks kind of like my own house, come to think of it, piled with books and literature and old things and material relating to Leonard Pennario. Plus, my Infant of Prague is a statue like that one.

Well, wherever John Callahan put that statue, I am sure it is a place of great reverence and respect.

And his home is surely blessed!
Posted by Mary Kunz Goldman on December 05, 2015