Mozart and 'The Shawshank Redemption' 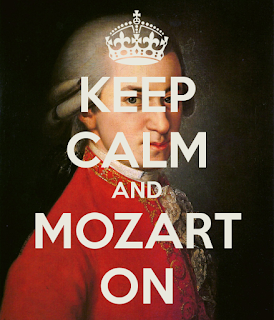 It is thrilling that Lou Michel, my colleague at The Buffalo News, is on CNN discussing that spectacular prison break that happened at Clinton Correctional Facility.

Yesterday parallels were being drawn here and there to the movie "The Shawshank Redemption." Not to say anyone is admiring these murderers who made their escape. We are not admiring them! Nobody is. It is just that the intricate escape makes you think of other intricate escapes.

It seems the right time to revisit the greatest scene from "The Shawshank Redemption," where the entire prison is all of a sudden mysteriously listening to Mozart.

SO beautiful! To tell you the truth it is all I remember specifically about "The Shawshank Redemption" other than that Morgan Freeman has my birthday.

Here is the great Kiri Te Kanawa singing the Letter Duet with the great Ileana Cortrubas so you can see what it is about. The Countess is dictating a letter. Well, they are collaborating on what is going to go into this letter and that is why their voices are weaving and intertwining this way and that. Mozart could always put life into music!

There is another YouTube clip with Renee Fleming but whoever posted the video cut it off too abruptly at the end and ruined it.

On this Web log everything leads back to Leonard Pennario.

In the bigger world, everything leads back to Mozart!
Posted by Mary Kunz Goldman on June 10, 2015


Wow that was strange. I just wrote an really long comment but after I clicked submit my comment didn't show up. Grrrr... well I'm not writing all that over again. Regardless, just wanted to say superb blog! yahoo mail login