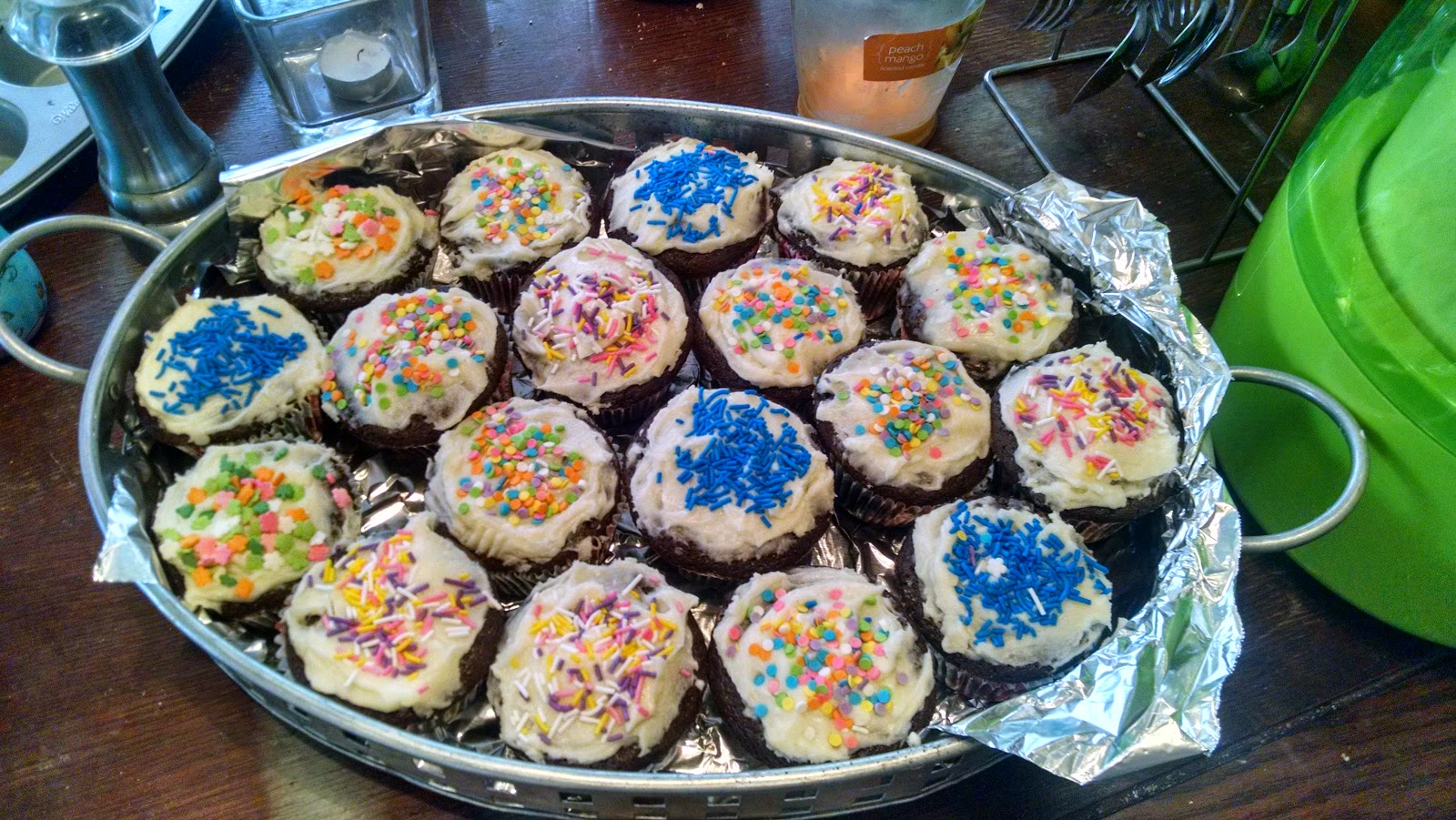 I am in my second childhood and am making cupcakes for Easter.

These were from Martha Stewart February 2009 and  the issue is all blotted with butter and cocoa. When I was frosting them I decided to soar like an eagle and crack out my new cake decorating set from Vidler's. I have always wanted to pipe swirls onto cupcakes!

And it was fun. I think I get the gist of it, how to operate this frosting press. It is kind of like a German Spritz press which we used when I was little, that is to say, in my first childhood.

The only trouble was, the press uses an enormous amount of frosting!

Sure enough, this frosting that I had doubled swirl-frosted maybe five cupcakes! Then it hit bottom.

I could not see redoubling the butter cream frosting recipe. Already I was feeling guilty over the amount of time this was taking. I am supposed to be writing about a certain concert pianist and not blowing three hours making cupcakes, you know? So I ended up using the knife the way I have before. But my vast collection of sprinkles and jimmies from Albrecht Discount make them look pretty cool anyway.

The process was messy and involved. 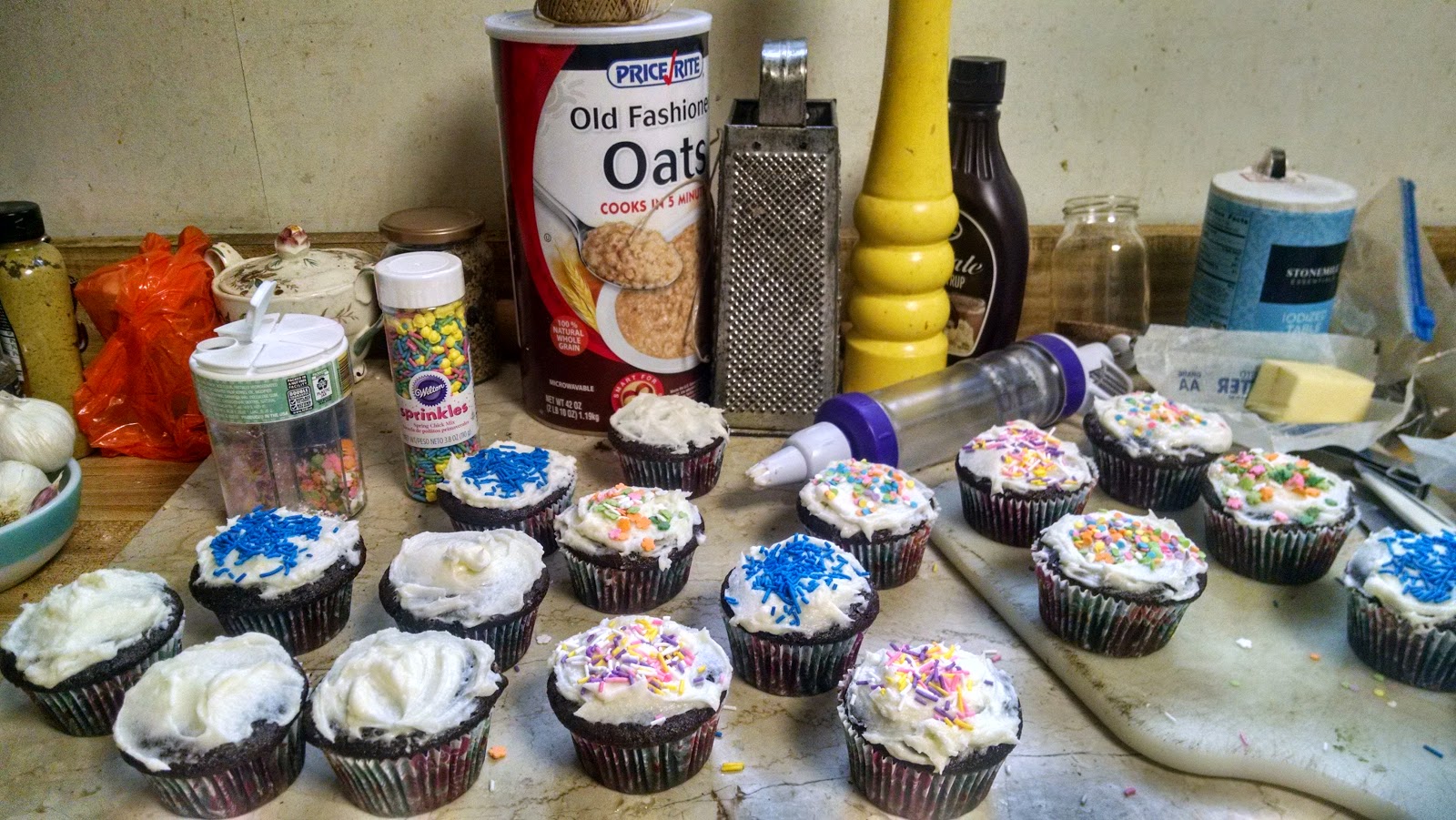 My niece and nephew are in California and do not know what they are missing. I got to lick all the beaters myself and then the spatula.

By the way, for anyone wondering about the title of the post, it is a riff on my favorite Easter hymn -- well, one of them anyway, "Alleluia, Alleluia, Let the Holy Anthem Rise." After Easter Mass I extracted a promise from our organist that we could sing it sometime over the next couple of weeks. She said in two weeks. For the recessional, the only time at Mass when we sing in English.

I will bake cupcakes!