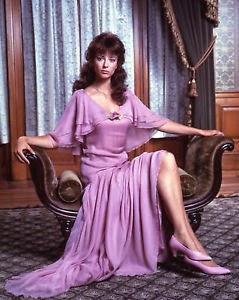 Since going to see Jackie Jocko last week something terrible has happened. I wound up with the theme from "The Thorn Birds" on my brain.

Jocko plays that theme all the time. It is this wistful waltz by, I looked it up, Henry Mancini.

Being a little under the weather and not out and gadding about I got on YouTube today to check out "The Thorn Birds." Just to get a glimpse of it. I kind of remember it from years ago but I was never a TV watcher. One thing I remember, my Auntie Rose was at our house, at my parents' house I mean, visiting or something, and she would watch "The Thorn Birds." Auntie Rose was my dad's black-sheep sister who lived in California and when she came into town the rules on TV watching were relaxed considerably.

Then the priest would come into view and Auntie Rose would say: "I told you. There he is."

Ha, ha! At the same time we were having those conversations Leonard Pennario was watching "The Thorn Birds" too. He watched it on the hotel TVs while he was on tour. I did not think to ask him his thoughts on Anton Rubinstein's piano concertos but naturally we covered this ground.

I honestly never saw "The Thorn Birds" so I did a YouTube search.

A couple things struck me.

One, I did not recognize Richard Chamberlain. When the guy says, "I've brought your husband!" I thought they meant her husband in the series, played by Bryan Brown. Because I remember in real life that was who she married. She fell in love with him, making "The Thorn Birds."

OK. So that is Richard Chamberlain. That is the priest character. One comment on the video read something like: "I wish we would stop glorifying this. This is not a fun situation." I agree.

But the biggest thing I found myself thinking about was:

The whole thing had such a dated look. The shot of Rachel Ward at the top of this post, her dress looks kind of '70s. It just looks as if it is made from polyester. And look at her shoes. The filming is not as perfect as filming is now. People do not look as perfect.

With which (that is an expression I got, by the way, from my Auntie Rose) ... you do not realize how skinny people have become!

You could never get away now being the size Rachel Ward is in this video! I freezed it at 0:43 and just studied her.

She is beautiful and healthy looking but you are not allowed to look that way now.