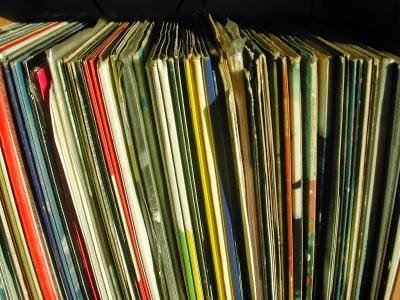 I went to Amvets over the weekend. It could not be helped! I walked in looking for something sensible but I wound up heading inexorably toward the records.

Amvets has something like 100 boxes of records, lying around on the floor and on tables. Looking through all of them is a task of Biblical proportions, like looking through all the grains of sand by the sea. The impossibility of the task makes it relaxing to flip through one box, then another box. There is always the hope you will find something great.

I did find great things this time around. One of which was Pennario's "Gershwin By Starlight" ... 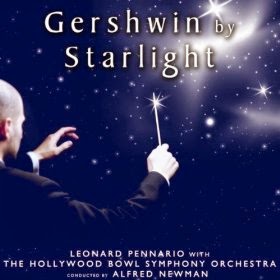 ... in its later re-release on Angel.

It is rare to find any Pennario at thrift shops and this is an especially great find because No. 1 I did not have it and also because in my obsessive reworking of this biography I was at exactly the point where this record appeared. Also this weekend brought this Gershwin concert at the Buffalo Philharmonic.

When I got home, I wanted to put the record right on the hi-fi, but I hesitated, this will sound dumb but it was because the cat was sick. He is fine now -- but he was not then, and he was asleep and I did not want this big brash Gershwin to come pouring out and wake him up.

Meanwhile, because I had a yen to hear this, I got on YouTube out of curiosity to see if any of these performances had been posted. It was silly because I had checked very recently.

And lo! A couple of them had! One was this tremendous take on the Second Rhapsody.

These clips had been posted just this weekend!

It is funny when things line up like this. I said to myself: "I think he wants me to listen to his Gershwin."