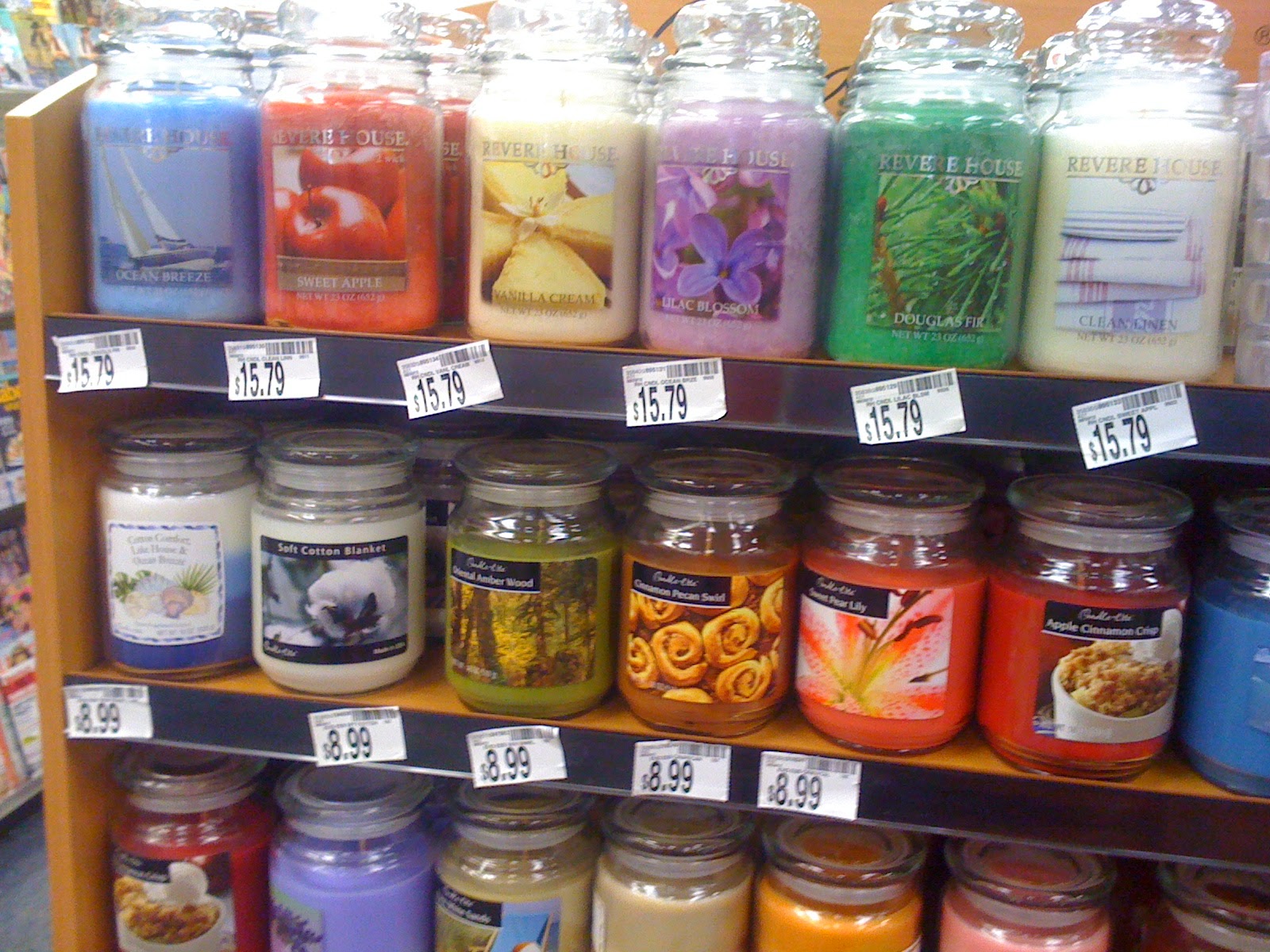 CVS has my undying allegiance because today they let me use my ExtraBucks that had expired 10 days ago.

That is how busy I was with Leonard Pennario. I let my ExtraBucks expire!

While I was in the Spectrum Building today I took the picture above of the spring line of Candle-Lite Candles. They are just so beautiful! Only I cannot see paying full price for them. $15.79 is just too much. We will have to wait to see what can be arranged.

With which, today the CVS staffers and I discussed their store's remodeling. Everything in the store is going to be rearranged. I would not have remembered any of that had not Howard asked.

He said, "What's going on in there? Are they remodeling?"

And I said, "Why, yes." Later I thought to ask him how he knew. He said, "They rolled in a couple of metal storage containers and I was wondering what they were for and since then I noticed they were unloading tons of stuff so I figured something was going on."

No secrets in Buffalo!

Today was a two-fer for expired coupons. My friend Michelle and I ate in Cafe 59 which used to be Madonna's and they let me use my Buffalo Dining Deck card for Madonna's even though the name is different now. The same people own both places but still it was nice of them. Michelle negotiated that and her success inspired me to ask CVS if I could use my expired ExtraBucks.

The moral of the story: Hang on to your coupons and ExtraBucks!

Even when they expire!