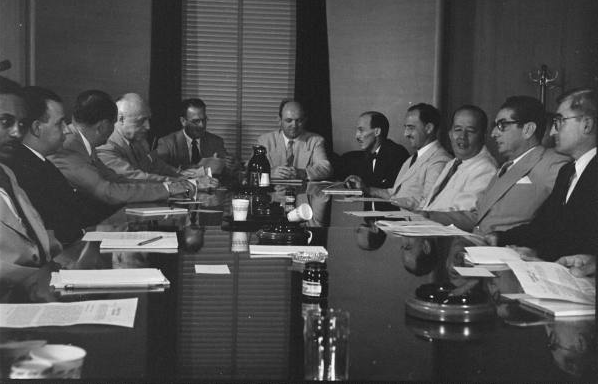 Last night, after I managed to start my car, I enjoyed a classic parish council meeting.

The monsignor was not there -- too bad, because I wanted to give him this chocolate Last Supper I bought at the Broadway Market. His loss! With him gone the president of the council had to take over. "We should have a prayer," she said. "How about we all say the 'Hail Mary'?"

So we do. I was sitting there between the organist, Josephine, and Phil Tarantino, of Tarantino Foods. We all bow our heads and say our prayer. "Now and at the hour of our death, Amen," it finished up.

Then the president added to the Blessed Mother: "And don't let us fight."

It is fun being on the parish council of St. Anthony's. There are all these cool Italian people with accents. One councilman, Peter, had brought along all the flags of all the regions of Italy -- 21 of them, including the Vatican flag.

They will be carried in the Madonna procession in June. A long and time-consuming argument centered on the order of the flags in the procession.

There is a map of Sicily on the wall. One of these days I will find Leonard Pennario's family's town.

I mostly sit there and do not say too much. I am the new kid on the block and I do not want to be out of line. I am always struck by how these are such good people. Everyone wants to carry the church forward, to do what needs to be done.

The Latin Mass representatives are me and my friend the brilliant professor Dan Blum. It is funny how the Latin Mass zealots are named Goldman and Blum. As Howard said, "Things will get done."

One thing I like is the affection that has grown between the Italian Mass and the Latin Mass people. We have been kind of thrown together and this community has emerged. I am very affectionate about St. Anthony's and not just because of Pennario, or because of St. Anthony finding all my lost stuff.

It is just a cool church, is all.

But not so cool that my hands did not thaw! When it was time to leave I was relieved to find it was easier to turn my ignition key than it had been when I had been leaving my house.

Thank you for all you do for St. Anthony's and for the Latin Mass!!

Bing, I missed the last three parish council meetings ... so I always think I could be doing more. But that is so nice of you. Happy Easter to you! I saw you Sunday looking dapper as always.