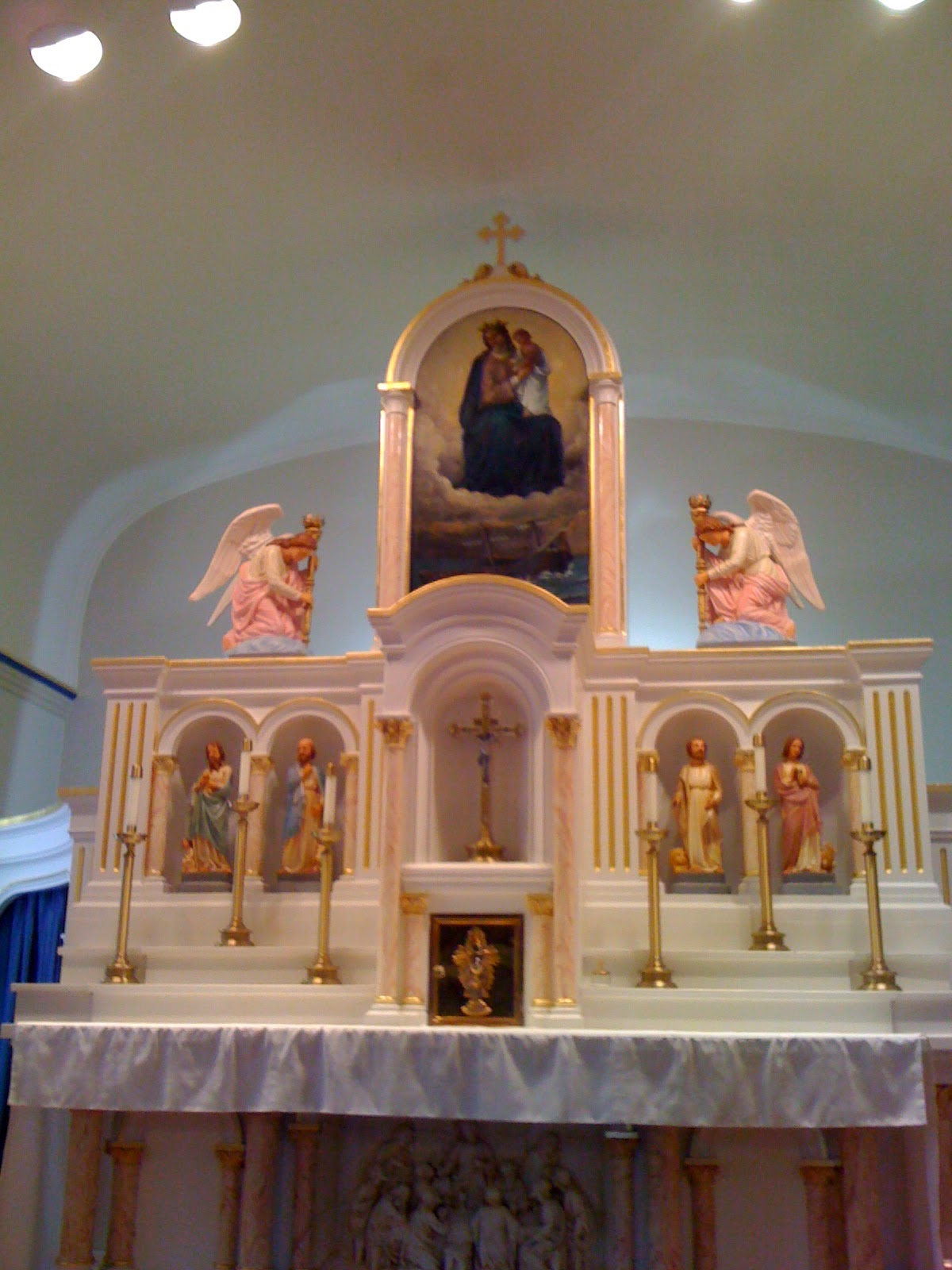 So we beat on, boats against the current, borne back ceaselessly to Our Lady Help Of Christians Chapel in Cheektowaga. That is where I went today. Because of the snow this morning I could not get out of my driveway. And Our Lady Help of Christians is my emergency Latin mass.

It is at 1:30 p.m. which pretty much shoots your whole day but any port in a storm, you know?

Speaking of ports in a storm, remember how that chapel was built because of a near-shipwreck? Joseph and Barbara Batt who were born when Mozart was alive and are buried behind the church almost died in a shipwreck and he promised Our Lady that if they made it out alive, he would build this chapel. Anyway, today at Mass I noticed something I had never noticed before. Up over the altar there was a picture of a ship in a storm!

I took a picture of it up above although I could only get as close as the Communion rail. A friend of mine after Mass told me that it had just recently been restored and before it was kind of dark, which explained why I had never noticed it before. It was a thrill to see, beneath Mary and Jesus, a storm at sea, and this ship.

There is also a picture of a ship in a storm in one of the stained-glass windows and I thought I took a picture of it, but now I cannot seem to find it, son of a sea cook. Today we are using colorful seafaring language in honor of Herr and Frau Batt who built Our Lady Help of Christians after surviving their shipwreck.

Here is a picture of the Batts when they were old. They were born when Mozart was alive and they died within months of each other. 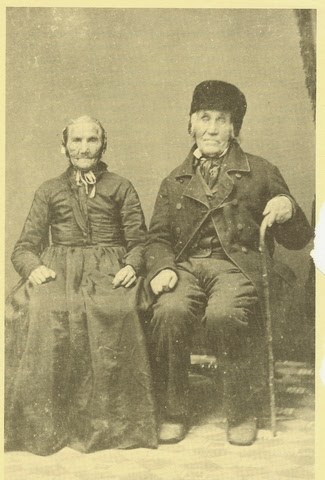 They lived something like 50 years after they almost died at sea.

I was kind of dismayed at this picture because I see this chapel in such a romantic light. From time to time I go out back and visit the old folks' graves and I have always imagined Joseph Batt looking like, I don't know, Leonard Pennario. An elegant older gentleman. But Howard said that in those days when photography was young, people had to sit frozen for minutes on end without moving. So everyone had weird pictures taken.

On this one Web log this woman posts, namelessly, all these pictures of mid-19th century couples. They all look kind of stilted. You can see where that one artist got the idea for "American Gothic." Poignantly the Batts are just one among a dozen or more anonymous couples pictured on this woman's Web log. There is no mention of how significant they are. A lot of people over the years attributed miracles to Our Lady Help of Christians, or Maria Hilf, as the Batts named it. And without the Batts that chapel would not be there.

Howard said that Joseph Batt might be some kind of a saint for having scraped up the money somehow to build the chapel to fulfill his promise after being saved from the shipwreck.

I do not disagree!