Adventure with the Buffalo Mass Mob 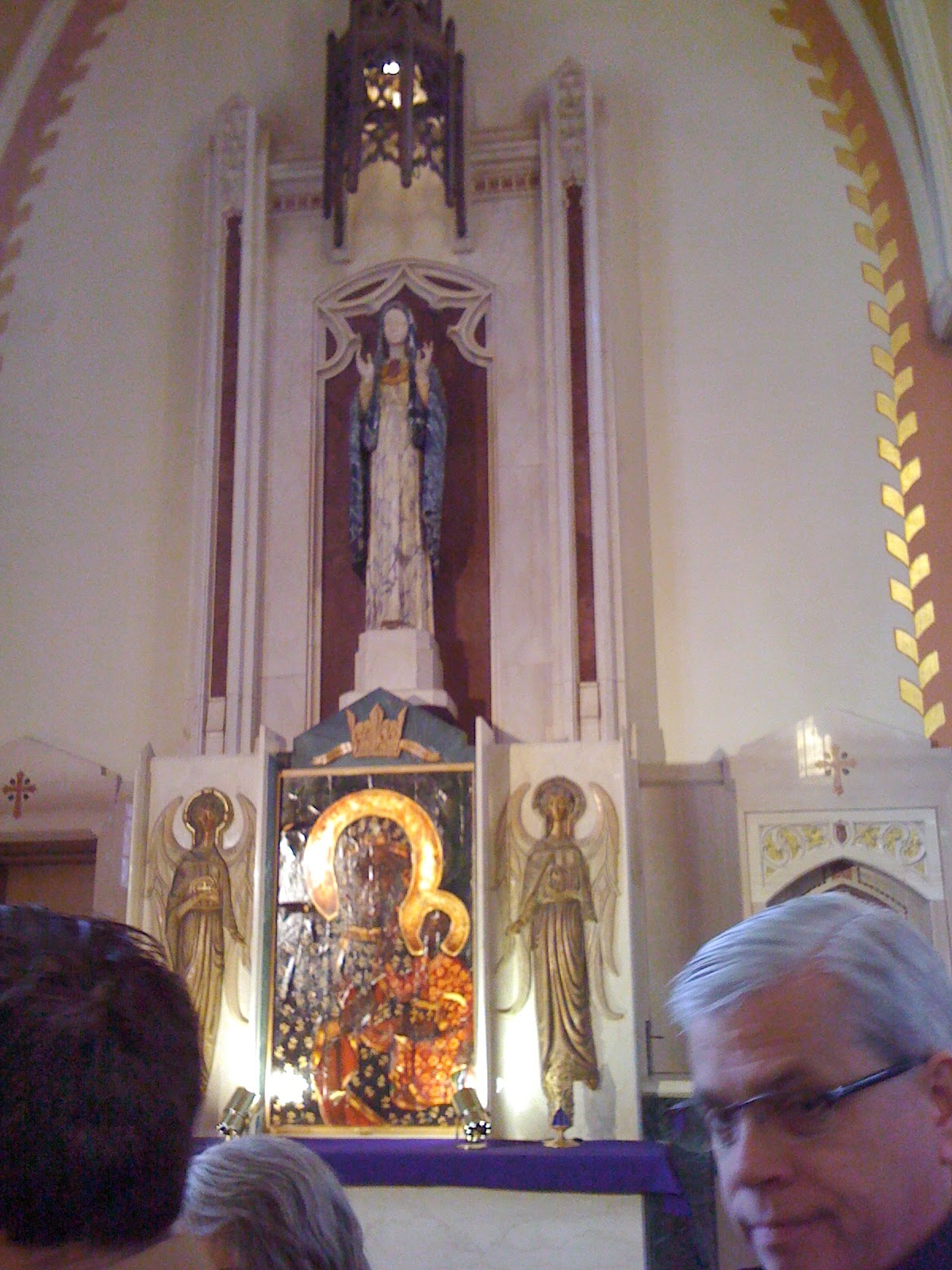 Yesterday I went to the Buffalo Mass Mob at St. John Kanty. As I wrote in the Buzz Blog I have passed St. John Kanty a thousand times, maybe on the way to the Broadway Market or the Clinton-Bailey Market. But I have never gone in.

It is a beautiful church. It is not as ornate as St. Ann's or St. Gerard's but they mentioned a big fire that St. John Kanty had in the 1950s. My guess is the church was more ornate before that. In any case the decoration it does have is interesting. Things have kind of an Eastern look. It is a Polish church and because Poland borders Russia sometimes you see this Byzantine look, which I love.

I took the masterful photo above of the statue of Mary with that iconic-looking picture underneath. Ha, ha! I wonder who the guy in the picture is who is immortalized on my Web log!

There was this cool Last Supper on the organ loft. If you click on the picture it is bigger. 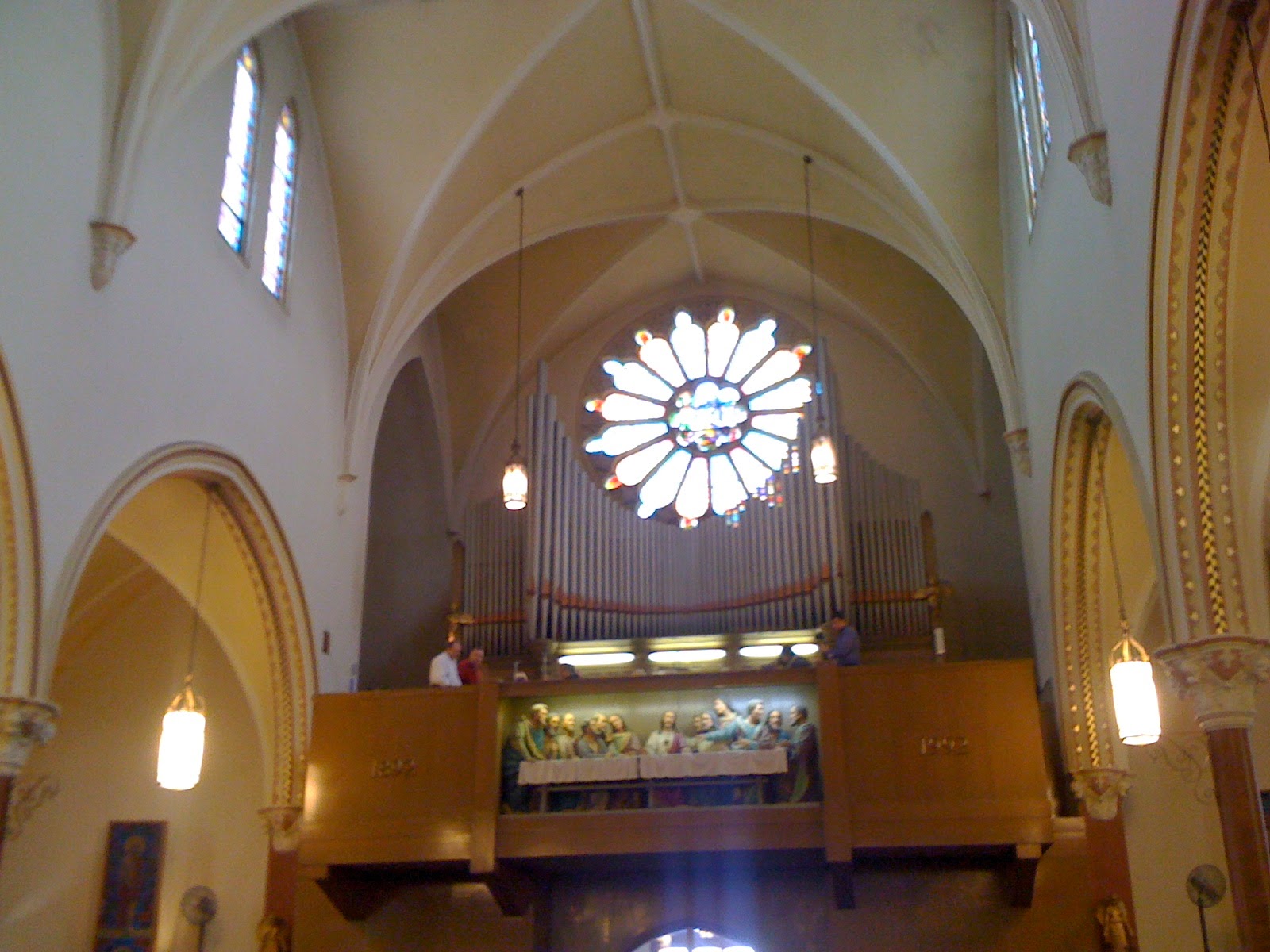 You know me, I am a Latin Mass-goer, and I actually needed the missalette to read the Credo because I only know it in Latin. I especially do not know the new versions of the prayers, I mean since a couple of years ago when they changed a word or two here and there.

Another thing, the church just exploded into bedlam before the priest and his procession had made their way out. Whereas I am used to everyone kneeling there like this. 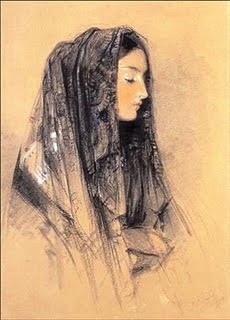 So this was an exotic adventure for me, all the way. It is fun, the Buffalo Mass Mob. And it is exciting how the idea is catching on in other cities. Plus my church, and may I add as usual that it is the church where Leonard Pennario was baptized, has been on the list. That is St. Anthony of Padua.

We could be next!