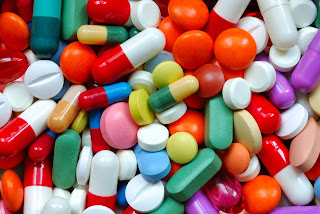 About every 10 years, zut alors, I get allergies. Something turns up floating around in the air, some peculiar pollen maybe, and it gets to me.

That happened yesterday. The night before, my eyes had been itching, and yesterday morning it was driving me crazy. Eye drops didn't help. Nothing helped. I was desperate to make it stop. So I did the dumbest thing. I took allergy pills.

Nighttime allergy pills! As in, "Don't make any plans."

"Why did you take those?" Howard said. "They'll put you to sleep."

"Too late, I already took them," I said.

Did I ever regret that!

The bright side was, my eyes had stopped itching. But I was drugged. This one guy I was interviewing on the phone asked me a question about did I know so-and-so and there was just this silence while I sat there. I had to say something so out of desperation I just told the truth.

"I'm sorry," I said. "I have these allergies and I made the mistake of taking these pills. I am afraid I am kind of a zombie."

This was a comedian I was talking to and he did not laugh! Oh well. Pennario would have thought it was funny. He used to laugh at my jokes, one of the many things I loved about him. I was not technically joking about the pills but it was kind of funny, you know? Well, I thought so.

One of my co-workers at the paper took this picture of me. 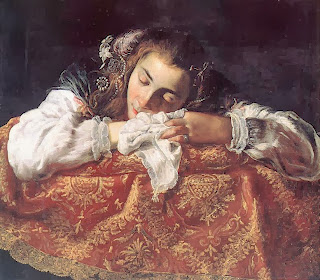 Luckily as in the case of Nyquil, these pills are like a parking meter. Eventually your time is up. A few hours later, around 1 p.m., I started coming out of it. I was on the phone interviewing my second interviewee and I felt the fog lifting. Gradually I awoke. And my eyes began itching again.

I have learned from this mistake! No more Glenn Gould behavior.