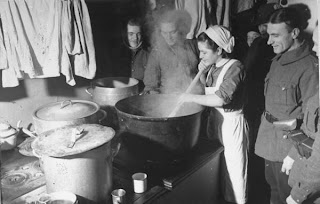 Today I made chowder for a group of friends after Howard's gig at the Statler.

Chowder is fun and I do not make it nearly enough. Every time I make it it is a big production with various cookbooks open all over the kitchen. Fish cookbooks, vegetarian cookbooks, vintage cookbooks, magazines, all spread all over the counters. It is almost as complicated as the Leonard Pennario project.

That is what I should call my biography, "The Pennario Project."

Whenever you call something a project it makes it sound momentous. I just saw a disc called "The Dowland Project." John Dowland being this Elizabethan composer. There are a lot of, ahem, Projects. I will think of more.

Back to the chowder. After studying all these cookbooks what invariably happens is I wind up making up my own version. I chopped up all this summery stuff including corn, zucchini, green pepper and potatoes.

Of course you start with onions. And here is what I do that the cookbooks do not tell me to do: I throw in some smoked paprika. It gives you the bacon taste and also that peppery sweetness.

Having created that great art I got on the bus to go to work and the chowder went into the Crock Pot and Howard took it downtown. He had the job of adding the finishing touch later on, which was ... Swai! 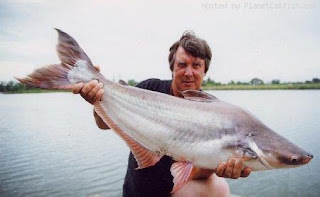 That is a picture of the gentleman arriving with the Swai so Howard could add it to the Crock Pot.

And later I added milk.

Nothing but the best for the Chowder Project!