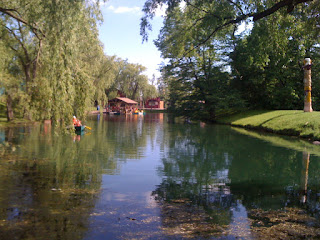 Today was the greatest day to go to Fantasy Island because at first it rained. Then the sun came out.

But by the time the sun came out most people had chickened out of going to the park. They thought it would rain all day! As I almost did when I was driving there. It was pouring while I was on the road, and I despaired. But as soon as I got there the sun came out. That is the effect I have on people and places! And so there were no lines for anything.

If you went to Fantasy Island today you were a winner!

Leonard Pennario liked riding rides and so do I. I rode the Silver Comet something like eight times with my little nephew George Henry. Once we scored the front car and we were the only two people on the train.

George Henry, as we were rising toward the sky, was trying to tell me how the ride was magnetized and how the train stayed on the tracks.

I said: "George Henry, I hope it works OK because we are the only people weighing this train down."

Ha, ha! It was like when he was 5 and we went hurtling on a sled out into the darkness. I am always following George Henry into precarious situations.

The only time the kids grew desultory was on the train ride which, admittedly, it was slow going. That is our George Henry in the center. George Andrew is at right. At the controls of the train is Melvin. He is the engineer. 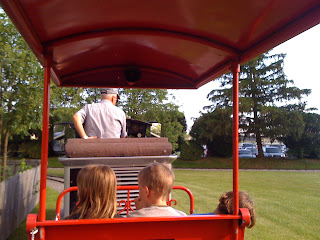 Once we saw a Model T offroading! It was supposed to be on the Classic Car Track but instead it was out ranging around. 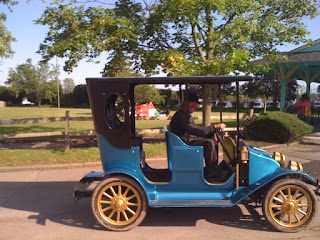 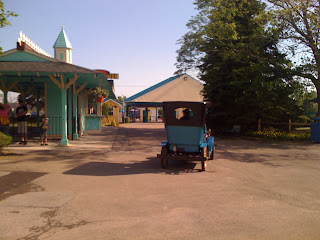 Another sight not seen every day: a shoe slide. 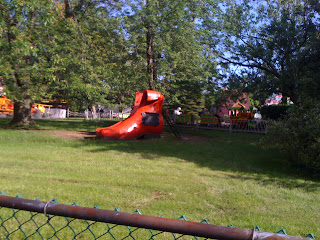 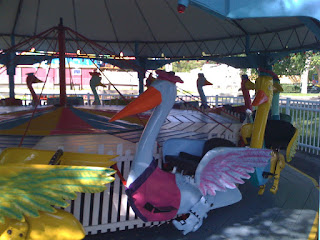 An eventful day and as I drop off to sleep tonight, I will be hearing the clickety-clack of the wooden roller coaster ... 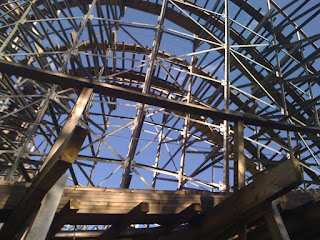 Wooden coasters and blue geese will be in my dreams!
Posted by Mary Kunz Goldman on June 16, 2013