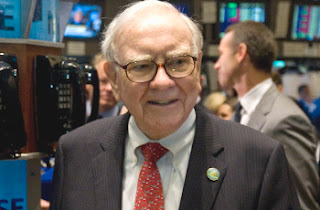 Warren Buffett, above, stopped in our office yesterday for our party honoring our publisher, Stan Lipsey. And I wanted to get my picture taken with him but son of a sea cook, my cell phone stopped working!

It would not charge!

That was a big pain because I wanted to post a picture immediately on Facebook and make Howard wig out. Also, I was worried that my battery was kaput and I would have to buy a new one. These batteries are not cheap! They cost over $70, zut alors.

When I finally got home I plugged the phone in here and there. No luck. Still that sliver of red! No green. 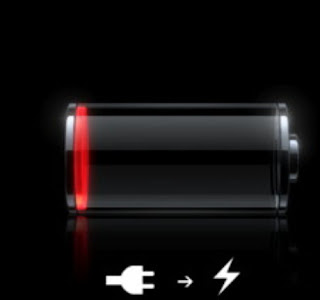 Son of a tequila-swilling sea cook!!

I was desperate and so I did this emergency measure I have read about and tried before. You hold down the top button and the bottom button. You press them and hold them, for about 10 seconds. It is not for the faint-hearted but sometimes it must be done. I did it and held my breath.

At first, nothing. Then the phone went completely dead. As if I had killed it! It sat there and sat there.

Then, after about five agonizing minutes, it flashed to life. With the battery completely green!

All fixed! All ready to go! Thank you, God!

So that is good news. Also good news is that I was able to get my picture taken anyway with Warren Buffett, who was extremely nice to all of his employees, all of the cogs in his big wheel of which I am one. I will post the picture as soon as I get it.

Meanwhile I had a unique conversational gambit prepared to take advantage of having Warren Buffett's ear for 10 seconds.

I said, "Mr. Buffett, I am Mary Kunz Goldman, the classical music critic. I am writing a book on the great pianist Leonard Pennario. He played you in bridge."

Warren Buffett, posing patiently with his arm around me, said: "Did he?"

And it was time for the next picture.

This was a big charity bridge match and was covered in all the papers. Pennario was on a music and entertainment team and Buffett was on a finance team. Four on each side. The musicians won, hee hee.

Perhaps that explains the cool, "Did he?"

On the other hand, Buffett has a busy life, you never know, he is used to being in the papers, he could forget that bridge game. Perhaps, though I cannot imagine how, he might even have forgotten meeting Leonard Pennario.

Whatever the reason, it lingered in my mind. Later in the party I was talking with a few of my friends and in the middle of it, I couldn't help it, I mused:

"I am kind of proud of Leonard for beating Warren Buffett in bridge."

I have had that happen to my iPhone a few times. I plugged it into a wall socket to charge it back up and nothing. What I did was just leave it plugged in and in a few moments it started recharging. So pressing the two buttons may not have been necessary.

James, thanks for the advice!! But trust me, what I wrote was the abridged version of what I did. I tried leaving it plugged in to see what happened. I plugged it into a wall socket instead of the computer. etc. At least it all turned out OK! Imagine having to go into the Galleria for a new battery... oh, no thank you!

Ok, I stand corrected! By the way I recently upgraded to the iPhone5 and I have noticed that it holds a charge much longer than the old one and recharges a lot faster. It also has a cool camera feature that allows you to take panorama pictures. Really neat!

Jim, you're not corrected! I think my situation was just different, was all I meant. I am going to be up for an upgrade soon... a lot of apps no longer work with my phone. I want that panorama feature!!

Been following your blog as I'm a pianist who performs a lot of the Pennario's transcriptions. Sorry for leaving a public comment here but your email doesn't work... Hope to be in touch!