The snake and the TV 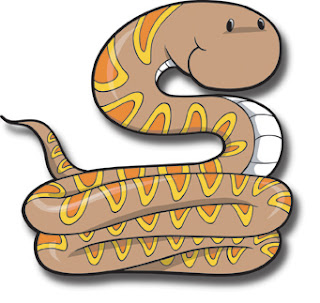 Last night at my mom's the little niece and nephew were fighting as usual and suddenly things got better. Because suddenly little nephew George Andrew found a spider.

A spider was cool! And it would play with George Andrew.

After that I told them a story and I had their undivided attention.

"When Uncle Howard was a little boy, he had a lot of animals," I told them. "He had turtles, and fish, and he had a snake."

And all of a sudden George Andrew's face lights up like a light bulb.He is five and he loves that his uncle once had a snake. He senses a kindred spirit. Who cares about me and Leonard Pennario? The snake is what is over the top in this kid's mind.

"And Uncle Howard's pet snake lived in a tank," I said. "And one day, he noticed the snake was not in the tank any more. No one knew where it had gone!

"Then one night his parents were watching TV. And the snake came crawling out of the TV!"

What a great story this is!! It is no wonder that the kids are laughing and laughing, delighted.

"And Uncle Howard's mother yelled: 'Howard! Come and get your snake!'"

There was lots of laughter and more delight. And discussion as to what the snake was doing in the television. I said it was probably because the TV is warm.

It is funny because as Howard and I were talking about, children love disorder.

They thrill to the thought of a snake in the TV. That is how the world should be!

This is a charming story and I cheer at the kids delight. Thanks Mary.

Doris, thank you so much! So nice of you! It's kind of like the stories we tell over wine at the Statler ...