Tristan, Isolde and the Big Sleep 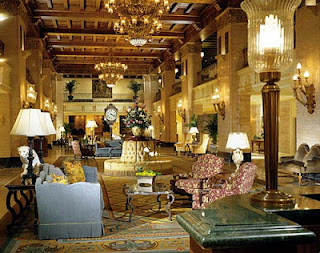 Last night I was in Toronto because I went to see "Tristan und Isolde," by Richard Wagner, directed by Peter Sellars. I slept in the Royal York Hotel where I was gratified to see, in the vast and sumptuous main hall, pictured above, portraits of Queen Elizabeth II and Prince Philip. 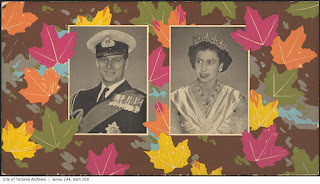 These are not exactly the portraits but we are talking something like this.

When I say I slept in the Royal York I mean I really slept.

I almost did not wake up!

The opera went really late. It did not end until midnight and after it ended I had to write my review for The Buffalo News. I decided to allow myself time to sleep. I set the alarm for about nine.

Then I initially had trouble sleeping because I was wired about "Tristan und Isolde." That is not an opera you see and then go home and go easily asleep. So I lay there thinking about things. The room was really quiet and there was this big soft duvet. I lay under this duvet and I thought about the opera. I thought about Tristan and Isolde and King Mark. I wondered if Leonard Pennario had ever stayed at the Royal York. Perhaps for that memorable night at Massey Hall, he did!

Here is a portrait of me in my royal suite at the Royal York. 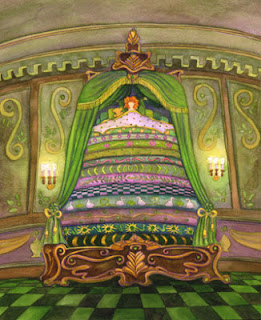 Eventually I went to sleep. Because next thing you know the alarm was going off!

And the room was pitch dark!

I was so disoriented that at first I could not figure out how to shut off the alarm. Where was I? What was I doing here? Why was this alarm going off in the middle of the night?

Then I figured things out: I was at the Royal York, and it was past 9 a.m.

There was this window right next to my bed and there were heavy curtains and behind the curtains was this shade and it was pulled tightly all the way down. That was why it was so dark! I was amazed -- and admiring. It really shuts out anything!

Thank goodness I had set that alarm.

I would still be lying there, asleep!