Howard, before and after 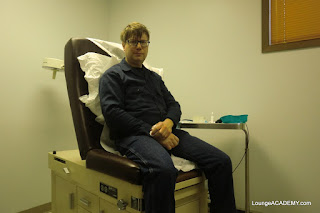 Wow, did I ever fall off the Web log wagon!

And this being a New Year in which I was going to up my Web logging, it being therapeutic and all.

At least I have been preoccupied with weighty matters. Howard had to go into Urgent Care yesterday for this nosebleed he has had off and on, mostly on, for the last week and a half. Leonard Pennario had a nosebleed too, by the way, at intermission during a recital he gave in Chicago about 50 years ago. So in a way this Urgent Care trip was research for my book.

I loved the doctor at Urgent Care because he used the word "schnozzolla."

To commemorate the event I took Howard's picture up above.

First someone gave him a more formal face and gave him his customary tie. 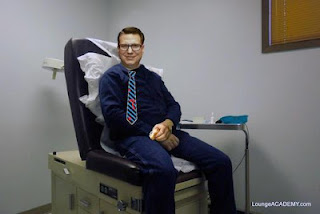 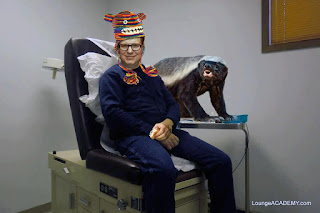 He wrote on Facebook, "Don't make me laugh or sneeze."
Posted by Mary Kunz Goldman on January 07, 2013