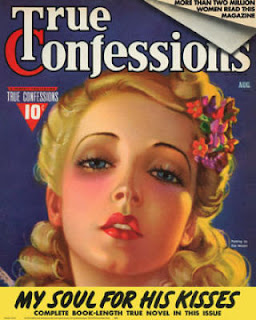 Yikes, already it is time for me to go back to confession!!

Remember, two weeks ago, I was put on the once-a-week plan? I did go back last Saturday, when I was supposed to. Going to confession is always dramatic but it was a little less so when you have just been the week before. The priest does not sweat it with you so much. Which was good because last Saturday, unlike the Saturday before, there was a line. Maybe people had made New Year's resolutions to go back to confession! Or maybe people had done more sinning than usual over the holidays. Gluttony, sloth, all these sins come into play. Whatever the reason, I was in good company.

Last Saturday I got three Our Fathers plus a Hail Holy Queen.

I wonder what I will get tomorrow!

I wonder if there is a science to this. If there is, surely it will emerge over the next year, or whatever. As I continue to go on my weekly basis, la la la la la la la.

There was one unique bit of drama, I have to say, to last Saturday's experience in the confessional.

That was being able to say: "My last confession was ... a week ago."

Son of a sea cook, when was the last time I was able to say that?