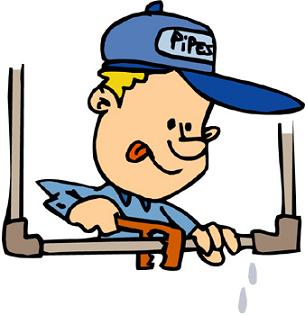 Howard is my hero since he fixed the kitchen sink.

It was clogged for days and my life was all awry because of that. One night it was so funny, there was this cesspool under the sink and we ignored it and went into the dining room and put on a George Shearing record and dined. Ha, ha! But you cannot go on that way forever.

Anyway, Howard crawled under it and began to work on it. He has one of those straps with a light that he wears around his head. It makes him look like a Welsh coal miner.

All he needed was Plumber's Ass ... 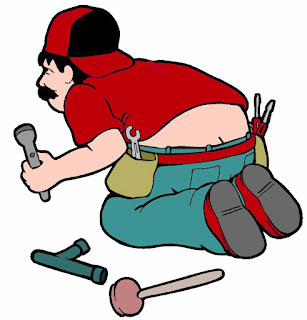 ... and the picture would have been complete! Normally I do not use certain words on my Web log but comes a time.

On Day Two I said to him, "Howard, if we have to call Roto Rooter, it's not the end of the world. We can watch him and learn from him." I should not say "him" necessarily. Once Roto Rooter sent a girl! 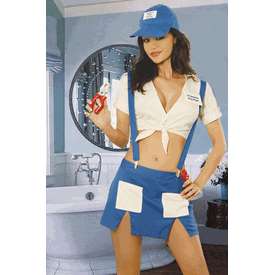 But anyway, there was to be no Roto Rooter called. Howard gritted his teeth.

He sent me a text yesterday that said "Mission accomplished!" But my phone being stupid, I did not get it until late lastnight after I was home. I thought it was his little joke on me, having me walk into the house and everything just casually fixed.

We removed this fixture. 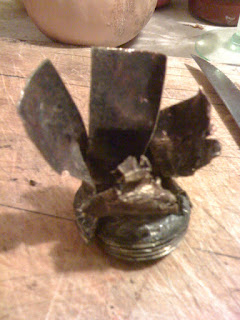 We think it was probably original to the house. Certainly it dated to before, say, Leonard Pennario was born. It had once been a beautiful fixture but it had been bent out of shape during its years of service.

It could not be duplicated at Home Depot.

We will keep it in our museum!