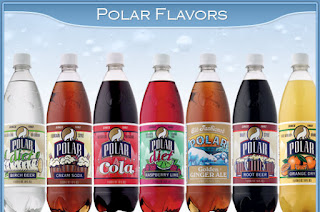 The other day I had coupons for Polar pop and that is what we drank at dinner tonight, being that we ate late. I do not like to drink wine too late.

I am getting like a snobby sommelier about my pop. On Howard's birthday I was bragging about the riches I had stashed in the fridge. I had Diet Pepsi with lime and with cherry. I had Diet Squirt. I had Pepsi Throwback. I was very proud of all that.

Polar has the greatest selection of diet pop. You can even find Diet Grape if you are lucky. I was not lucky in the pocket-sized Tops I went to the other day to find the elusive Diet Grape, but I did find Diet Half and Half (that is an exquisite quaint name for a grapefruit pop) and Diet Orange Dry (another great quaint name).

I also bought two bottles of Diet Cream Soda. It is delicious.

The Polar Web site is the greatest. You call it up and there is a roaring and then a polar bear ambles lazily onto your screen.

The other day we celebrated the Regal company and today we praise Polar! It is in Massachusetts and it was founded in 1882. By the time Leonard Pennario came along Polar pop was already working on its fifth decade. 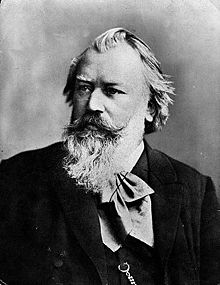 ... could have drunk Polar pop! He was a beer drinker but I have a feeling he would have liked it. I take him for a Diet Grape kind of guy. He would do what I do and drink diet pop to save up his calories for other stuff. And I have had that Diet Grape and it is mighty tasty.

Now that I read about Polar I see it had a great name when it was founded. Originally it was the J.G. Bieberbach Company! A tremendous name. Justin Bieber, meet J.G. Bieberbach!

Originally the company handled beer and liquor but with Prohibition it focused on pop.

Whatever, it's good. That was one good that came out of the evil of Prohibition. Looking at its flavors I see it has a Diet Birch Beer. That has so far escaped me. There is also a Diet Raspberry Lime. Yum.

Wow, they have a great lineup of diet pop. They are virtuosi! They have Diet Strawberry, Diet Pomegranate Dry, and Diet Black Cherry. And you would never guess the best one. It is Diet Double Fudge!

The rest of the world is dragging its feet when it comes to diet pop. So much pop is only sugar pop. All I can think is that is what most people drink. The diet stuff, though, is just as good.

I am a connoisseur!