Nakedness in the news 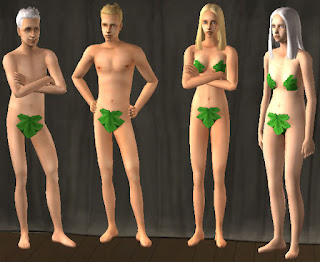 It is hilarious, all the nakedness in the news!

There are the congressmen skinny-dipping in the Sea of Galilee.

The poor prince, he is not the brightest bulb in the royal chandelier. (That honor of course belongs to Prince Philip.) He seems to have his mother's propensity toward the nightclub life.

What is with generations of royals and nightclubs and discos, you know? You own the world. You could summon Al Brendel to Buckingham Palace to give you piano lessons. You could call him Al! You could demand that certain Leonard Pennario recordings be rereleased.

Oh well. One thing thrilling about that story is, who knew the royal family could ban something? I hear they are banning publication of the pictures. I like to think they still have power. More power to you, House of Saxe-Coburg-Gotha!

The congressmen, I have to say, I have sympathy for them.

If you were at the Sea of Galilee and did not skinny dip you would regret it for the rest of your life!

Imagine it, floating around, lying on your back looking up at the sky, thinking: I am naked in the Sea of Galilee!

It would sure beat being naked at the Schvitz.

Great post Mary! For a moment I thought you were linking to yer actual Harry photos:)Phew! Speaking as a Brit I would add that the Royals can't really ban anything much these days, especially not with the internet. The "gentlemen's agreement" with the British press isn't what it was in the 1930s, when you had to read the French papers to know about Edward and Mrs Simpson. Harry of course follows in the centuries-old royal tradition of naughty princes. Especially second sons.

Alenka, very insightful! I had not thought of second sons as the naughty princes. But now I will!!