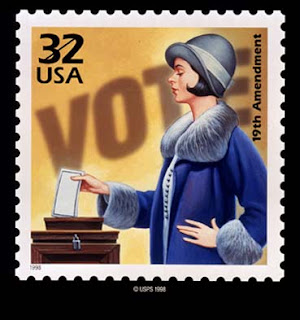 On my way home from Zumba class today I stopped in to the, ahem, polling place to cast my vote in the Republican primary for Newt Gingrich.

I know Newt Gingrich is not going to win the nomination.

Nobody cares what I think!

But I voted anyway just to be annoying. And because I can.

It was fun to vote today because nobody was voting. There are almost no Republicans in Buffalo and the few that are here are afraid to leave the house without a paper bag over their head.

I could hardly even recognize the polling place which was, as usual, St. Mark's School. There were no signs up, no signs at all that anything was going on. You had to trust in God and just walk up to the door and go in.

And sure enough there they were, a half dozen sleepy polling agents, all women, reading cookbooks. Women after my own heart! They also had my Facebook friend Steve Cichon's book, "The Complete History of Parkside."

In four years when we do this again I will have to have them set up with my book on Leonard Pennario!

They seemed startled to see me walk in.

A girl with a pierced lip signed me in. As I was signing my name they told me I was No. 12.

I was the twelfth person in there all day!

While I cast my vote I thought of all the suffragettes who had gone before me. Surely they were there in spirit! 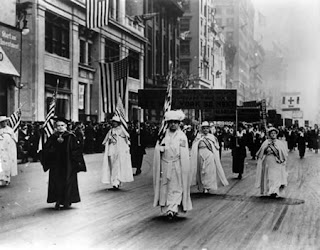 I also thought of the classic song from "Mary Poppins." Can I find it on YouTube? Can I, can I...

And it even has the lyrics printed, which are very, very clever.

Political equality and equal rights for men,
Take heart, for Mrs. Pankhurst has been clapped in irons again!!!