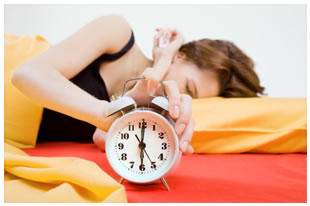 Zut alors, today I was tired. And I mean tired! I did not sleep last night. And so...

The first thing that happened, I was at work and I had to interview a major musician. I had 10 minutes to talk to him and I asked him about bowling. I told him I read that he bowled and people in Buffalo like to hear about bowling and wasn't he worried about it hurting his hands?

I said, "Admit it, I am the only reporter today to ask you about bowling."

There were about 10 interviews in a row, something like that.

So that was one thing. I am trying to remember if I asked Leonard Pennario about bowling the first time I talked to him. He was known to bowl a game or two in his day.

Another thing today was, I had to go to the doctor for my annual checkup. And the doctor is out in Kenmore, impossible to get to easily from downtown. So I took the 190, hoping to do kind of a shortcut.

Mapquest had suggested I get on the Youngmann and take the Elmwood Avenue exit. Fair enough, right? But no, I had to get off the 190 at Sheridan. The Sheridan exit, where there is nothing.

Nothing but U-Haul places, parking lots full of truck cabs, school bus pounds, that kind of thing. You know that exit. It is utter wasteland. It is like going to the moon.

I am making my way up Sheridan past Military thinking: Why did I get off here?

You would not believe what the third thing that happened was.

I did not figure this out until they left me alone in a room and I had to change into a hospital gown. 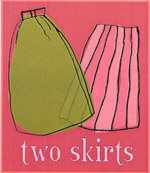 What in the world, you know?? This had never happened to me before. Somehow when I was getting dressed in my sleepless haze I had put one skirt on over another skirt.

Darn, and I was wondering why when they stuck me on the scale, I weighed a pound or two more than I thought I should! It might have had something to do with wearing twice as many clothes as I needed, you know?

Hahahaa .. it was like being five years old. Except I do not think I did that then!

Being sleepless can do that to you. On the other hand, you have an excuse.

I blame that lost hour.

Email ThisBlogThis!Share to TwitterShare to FacebookShare to Pinterest
Labels: Sleep