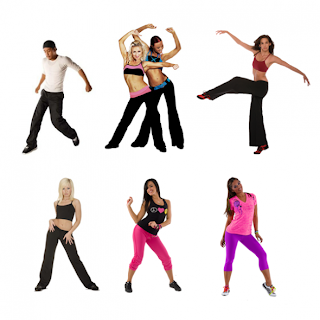 Yesterday I made it to Zumba class, for the first time in forever. The last time I went to Zumba, it was before New Year's. I was coming down with that cold I caught from my sneezing nephew.

But I did not know I was coming down with that cold. That Zumba class gave me a clue. All of a sudden while I was dancing my mouth felt really dry and I felt as if I would pass out. I thought I would go outside to get a drink of water. But then they kicked in with this song I really love dancing to and so I stayed.

That song, hahahahaa.. I hate to admit what it was! It is just so much fun to dance to. I am ashamed! I could just see Leonard Pennario's face, if he knew I danced to this stuff. It is, ahem, most unseemly. I mean, he had the funk but he was conservative in many respects.

How did I get onto that? Back to Zumba. That song came on, so I stayed. By that night though I knew I was dead. It was only one of many things that threw me out of whack during the holiday season. So that was it for me and Zumba until yesterday.

I went to lunchtime Zumba yesterday and it took a lot of planning to be able to get out and go. Here is what drove me crazy. I get to the gym and they say: "Mary, anyone you know who is interested in joining?'

You mean me forking over my life savings isn't enough? I said, "You know what, none of my friends exercises."

Then I went and got changed and went to Zumba class. And after Zumba we get lectured! The teacher goes, "This class is being canceled. I told everyone, this is what would happen if you didn't show up. If you didn't get your friends to come."

I know, I have trouble making it to this class, because I work. But I pay for the gym and I would like this class to be available to me for the one-in-five times that I can make it. Is that too much to ask?

I was fuming. And despairing. But then something happened.

What happened was, I was standing there talking with another gym rat, and gradually I noticed the room filling up with the adherents of the next class, which was Pilates, with a teacher I did not know.

These people were all in the greatest shape!

They had the greatest bodies!

I was staring at them thinking, OK, I will have what they are having.

So mayhap next week I will do that, seeing that Zumba was canceled.

I sometimes worry my body has gotten too used to Zumba anyway. I mean, I love it, but after a while things stop happening, it is as if you adjust. Your body goes, "OK, I know what she is going to do next. She is going to the gym and throw herself around as if there is no tomorrow. We can deal with that. Yo, metabolism. Ration those calories."

On the other hand...