The Octave of Christmas 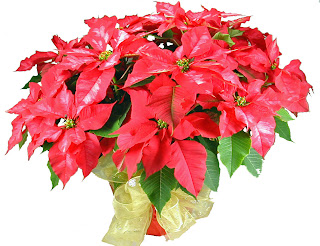 The, ahem, liturgical calendar says this is the Octave of Christmas. That means you sit for a week, technically eight days if you count the first and the last day, and drink all the leftover wine that ended up at your house. Did I say drink wine? I meant contemplate everything that happened 2011 years ago.

I have to say I did kind of burn myself out over Christmas weekend and I was pretty foggy when I made my way to church on Christmas morning. But then I woke up. The church was full of crimson and gold. Why write "red" when you can write "crimson"? Anyway it was stunning.

We sang the great Gregorian Gloria and throughout it the altar boys rang the bells.

Plus at the start of Mass, the priest, Father Secondo, chanted the Christmas Proclamation.

I had never heard of the Christmas Proclamation! I looked it up and found it here. It is a fascinating piece of paperwork. What it does is, it places the birth of Christ in the context of time. I had not known for instance that it occurred 2,051 years from the birth of Abraham. I had not known how that worked out. Also 1,510 years after the Exodus from Egypt.

These are not really long time spans we are talking about, you know?

I mean, when you start guessing about the Second Coming, it could really happen around now, couldn't it? There would be a kind of symmetry to that.

How is that for a thought for when you cannot sleep?

I love all these details. They are thrilling because they are proof that the story was not made up. That this happened. Oh, this reminds me of something funny that happened this weekend. Howard and I were going to Christmas Eve at my mom's. Howard has been an angel putting up with me and my Christmas, I have to say that. And my religious zeal.

Anyway we get in my car and I have this CD in the player that is playing Gregorian chant. What was it? Thank you for asking! It was "Puer Natus Est." Howard was driving but he was polite and did not turn it off. I said, Howard, you don't have to deal with my Gregorian chant. And I switched it to WBEN.

But WBEN was broadcasting a sports game or something and Howard pushed the radio button again and it switched to Catholic Radio 101.7 because that is how my car radio is rigged. And right at that moment this voice kicks in with the Gospel of Luke.

"At that time there went out a decree from Caesar Augustus that the whole world should be enrolled. This enrolling was first made by Cyrinus, the governor of Syria. And all went to be enrolled, every one into his own city. And Joseph also went up from Galilee out of the city of Nazareth, into Judea to the city of David, which is called Bethlehem: because he was of the house and family of David, to be enrolled with Mary his espoused wife, who was with child ..."

At that point I could not help it, I said: "What, you want to listen to Scripture."

Hahaha! Three cheers for the bus driver who puts up with me!

Subsequent to that Howard did change the station and he put on Al Jolson.

But later my mind returned to that thrilling Gospel and I was chewing on those details. The order came from Caesar Augustus, a person in the history books. There is this one friend of Leonard Pennario's, her family comes from Augsburg, Germany, and she told me recently that Augsburg was named for Caesar Augustus, who personally founded the city. Augsburg is very proud of that, she said.

So that happened at about the same time, during the reign of this emperor. Augsburg dates to the time of Christ. I also love the bureaucratic little note pertaining to Cyrinus, the governor of Syria. Was Syria named for Cyrinus? Seriously? Hahaaaaa.

Anyway all these little things that make what happened believable.

Things to contemplate during the Octave of Christmas.

As you finish up all that leftover wine!
Posted by Mary Kunz Goldman on December 27, 2011