From the desk of the ice princess 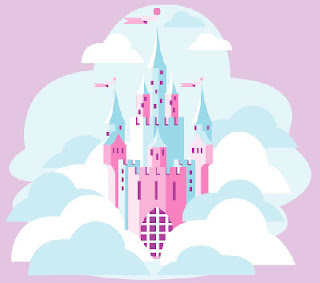 What I love about the first snowfall: the silence.

This morning the street was full of cars but when I woke up it was as if I were a princess in a castle. In that castle, pictured above! No sound.

Last night I was expecting the snow and so I made sure that besides waking up to snow outside I would wake up to soup in a crock pot. This is a work day for me so it is not as if I will be able to make soup during the day. I have to think in advance!

Last winter I wrote about making yummy white bean soup. Last night I went with black-eyed peas. To most people the Black-Eyed Peas are merely a band but with me, they are dinner. And not just on New Year's. Black-eyed peas on New Year's are a Southern custom. And it is funny, if you research recipes on the Internet you will see all these people saying, "This is great -- I made it for New Year's." Where does the law say you cannot make these yummy peas any other time?

In the end I did not really use a recipe. I just poured in a pound of black-eyed peas, covered them with water, chopped up an onion and two carrots and threw them in, and I think that was it. This morning I had this bunch of kale I had washed a few days ago and stashed in a plastic bag, so I chopped up the kale and threw that in too, while the coffee pot was brewing. Then I tossed in kosher salt and a pinch of dried thyme and oregano.

One thing, I hate to say this but it is one more sign of our economy going south (south, black-eyed peas, this is all adding up to something but who knows what):

I am not saying the quality of our plastic bags should matter to us. I am just saying.

This bag is another sign that I have to get my Leonard Pennario project done before the world's economy collapses.