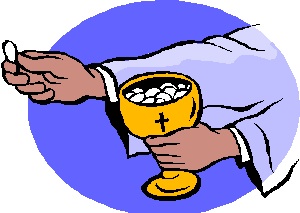 Today due to circumstances beyond my control I wound up at an English language Mass. In Catholic-speak that is Novus Ordo.

At least there were not altar girls. But it was excruciating. And long! I will not belabor things but I will just run down the highlights, or, shall I say, lowlights.

First, I wound up with "Table of Plenty" on my brain. (Play at your own risk.)

Zut alors, this was a terrible day for me and earworms. Before "Table of Plenty" it was this riff from a Zumba song that would not go away. I am not sure which one was worse. Here I am the authorized biographer of Leonard Pennario and I have "Table of Plenty" on my brain instead.

The rest of the songs at church today were no better. I am just not used to these modern Mass songs anymore. I mean, listening to that link, I guess it is a kind of nice folk song but not the kind of thing that will make you accept that a miracle is real. I need Mozart and/or Gregorian chant.

Another thing that happened was during the Sign of Peace. I had almost forgotten all about the Sign of Peace because you do not deal with it at Latin Masses. The priest went into the crowd and stayed there for an incredible length of time. You could hear him talking and joking around. The organist began noodling around, using the Roller Rink stop. From time to time I kind of looked over my shoulder praying the priest was heading back to the altar but no, he was back in the corner, socializing.

Eventually he made his way back up and on the way he kept stopping to say hi to this person and that. One woman pulled him aside and started talking to him and he was in no hurry, he stayed and talked to her and then finally went back to the altar. 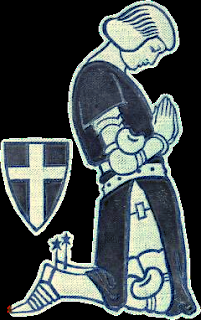 ... would not have liked this Mass any more than I did!

I get out of my pew, ignoring the ushers -- I noticed too late that there were ushers trying to take us row by row, which I hate -- and I slipped into the priest's line. So far, so good. But then I get up to the priest and he holds up this big irregular-shaped piece of bread -- I guess they had broken a big piece into smaller pieces. I opened my mouth and kind of gestured, trying not to make things too awkward.

After a long couple of seconds he grasped the situation and he reached into the cup and picked out a conventional round host.

"The other one was too big for your mouth," he said.

I smiled obediently but I felt he was mocking me. A couple of minutes later I thought, oh well, he was just making a joke. But do you have to make a joke at Communion? Can't you just say "The Body of Christ?" Now I am all distracted and stressed.

I made my way back to my pew and you would not believe this, everyone around me was all mixed up because someone had gotten into the wrong pew. The people in front of me and I exchanged all this sign language about the situation but when I politely tried to return to where I had been sitting, they went and sat there instead. No matter that my purse and my missal (nerd!) were there on the bench! They just sat right down with them.

The pew behind my pew was empty so I slipped in there and reached over and discreetly grabbed my things.

The guy in front of me did not kneel after Communion, he just sat, and I was momentarily in such a daze that I sat, too. Then I realized I should be kneeling. I knelt and did that thing where you cover your face -- and then, I know this sounds dumb, but I actually started to cry.

It was just such a terrible Mass!

There was something symbolic about how those people had taken my pew. There was no place for me!

My co-worker Jeff Simon came up with the greatest phrase. He once described something as "deeply annoying." I love that because it gets to the truth that annoying does not have to be just middling or skin deep. It can be deep. This Mass was deeply annoying.

God forbid you try to show any respect, you know? You can't kneel for Communion and you are hassled when you try to receive in a way that makes you feel reverent. You cannot pray after Mass because the place is in an uproar. Oh, and a mantilla, forget it. Howard was telling me I should go ahead and wear the mantilla. "Who cares what anyone thinks?" he said. But I said, "Howard, I would look like the biggest dork."

Oh, well. As my friend Adrienne commented another time I wrote about something like this, it is just another day in Novus Ordoland.

Mary--I love your commentary! Many of us suffer similarly each week. ;)

Tim, thank you!! And you have my empathy and sympathy. Pax tecum!