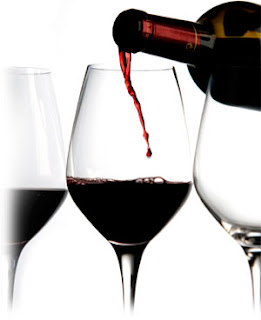 I am sorry I am late checking in for Thursday but I was out at Jocko. We had a wonderful evening that did not end until after midnight.

I will say one thing, I was overdue to get out of the house! All day I had been working. It was one of those days when you do not move from your chair for hours and hours. I was going to go to Zumba but the traffic for the Corporate Challenge made it impossible to get out of my driveway. So, more work, more sitting on my behind, more going over Leonard Pennario's life, more drinking Shur-Fine diet pop. Well, this is what I love!

Finally around 9 p.m. Howard called and he was at Jocko so I busted out of the driveway and joined him there.

Jocko had his groove back! He has been getting over a bug but now the bug is gone and after his gig ended we all sat around talking into the night. This was our friend Paul and our friend Diane and Howard and me and Jocko.

There was so much to talk about!

Elvis was in the building. That is the Elvis who is going to be at the Philharmonic tonight! His name is Kraig Parker. Howard had spotted a guy earlier who he was 99 percent sure was that Elvis. With sideburns, and everything! We think he is staying at the Hyatt and that was he.

Everyone sat around weighing our buddy Mark Croce's chances of success as he moves ahead with the nearby Statler Hotel. Has anyone else seen the flags Croce has hung outside the Statler? Suddenly it looks like a grand hotel again and that is thrilling. Go Buffalo!

Booze fueled local small-town gossip. Paul passed along a scurrilous story attributed to a reliable source he could not name, and then Diane did the same thing.

Both stories were countered with the others of us protesting, "That can't be true!" 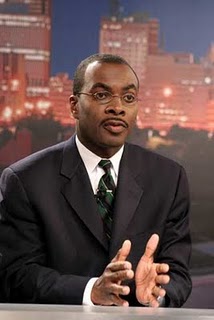 ... stopped by our table and hung around for a while. He complimented me on how I looked without my braces. "You have a beautiful smile now," he said.

"Thank you!" I beamed. That is a most excellent thing in a mayor, when he notices you no longer have braces on your teeth.

Jocko asked the Mayor when his birthday was. The Mayor told him.

"Oh, you're a Libra," Jocko shrugged. Or whatever sign he is, I forget. "You don't have anything to worry about!" 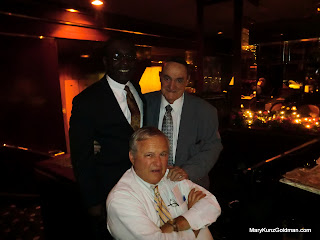 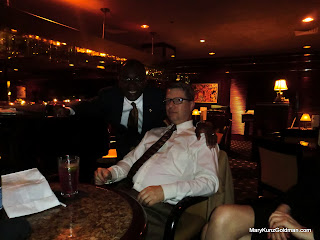 Diane said: "I'm glad you stopped by. I need to ask you about that guy Johnson."

"That's James Williams," I spoke up helpfully. We all know James Williams because he used to come in the lounge and his song was "Satin Doll."

"Williams. Whatever," Diane said, unembarrassable. She went on to give the Mayor a long and un-P.C. list of reasons why Williams was not up to the job. The Mayor said he had not appointed Williams but he listened patiently to her.

Diane then asked Mayor Brown if he was a Republican or a Democrat and when his term is up. He stood there handsome and dapper and patient, answering her questions. We all started clowning around and taking pictures.

We got to ragging on past presidents starting with Harry Truman. Diane said there were good and bad things about every president. Jocko did not mind Truman other than that Truman had called him "Jacko" which can get on a person's nerves after a while.

And so the evening passed in the lounge.

A long and restorative evening!
Posted by Mary Kunz Goldman on June 09, 2011