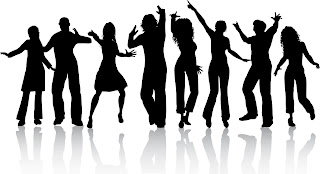 This morning I was in Zumba class downtown and in the middle of class my Zumba friend Sam reminded us all that the world was supposed to be ending.

"The world is supposed to be ending today," he called out, "and we doin' Zumba!"

You could be doing worse things when the world ended!

The reason I was in downtown Zumba, I went last night after work to the Zumba class downtown and I realized I was falling behind with all my dance moves. The downtown Zumba is more urban and you do all these hip-hop dance moves. Not that I am good at them considering I am descended from people who looked like this... 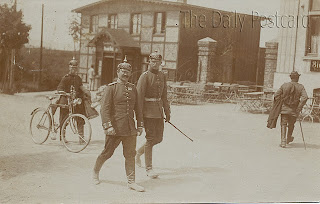 .. but still, I get a kick out of it. Not something I would ever have told Leonard Pennario! And I hope he forgives me from the other side.

Which could have become our side today had the world ended.

Here is something terribly nerdy. I actually think about the end of the world sometimes.

It would not be literally the end of the world. At Mass the usual ending for prayers is "World without end." The priest is praying silently and then he raises his head and says "In saecula saeculorum," which translates somehow to "World without end." Then we all respond "Amen." This little ceremony repeats a number of times throughout the Mass.

So the world will not literally end to my way of thinking but there is something that is going to happen. We are going to move beyond time, one way or another. The question is just when.

Sometimes.... shhhhh! .... I think it could happen in my lifetime. I think the world is that volatile.

But perhaps everyone has always thought that, no matter what era we are talking about.

Everyone has always thought the world is going to pot!

Still, you know, today looked like as good a candidate as any for the day the world would end. It was a strange, misty morning in downtown Buffalo. There was fog outside the window as we did Zumba. One girl walked to the window and announced, "It's San Francisco!"

But it all ended happily.

The day. Not the world!

The world goes on!

Presuming that we make it through the  last few hours.
Posted by Mary Kunz Goldman on May 21, 2011

Well, it is true that if we don't blow it up, the sun will eventually consume it in a supernova...

But probably not in our lifetimes..