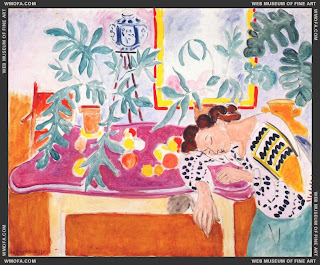 Last night after Easter I was so maxed out that I could not sleep. It was funny, I had just had three days of no Leonard Pennario book, no Zumba, nothing that is usually part of my day. All I was doing was food shopping and cooking and Holy Week.

Then we had the big Easter dinner. It started around 4 p.m. and went until around 10 p.m. After everyone went home I cleaned up. I am not happy going to bed after a party until everything is cleaned up. After that I went to bed. I read Earl Wild's memoirs for a little bit which usually gets me relaxed and laughing but last night, nothing worked, I was still wide awake. Which was not good, because I had a long day today, including a concert at night.

I could not sip any whiskey or anything because I had already drunk enough wine to sink a battleship, just sipping it here and there over the course of the long day. I worried about that too. That was a lot of wine to drink and up until then I had been so good.

Then I thought of Dream Water. It is this weird product that got handed to me. Someone gave me a few sample bottles a while ago. They wound up in my hands.

Dream Water are these little 2-ounce bottles of flavored water that have some kind of herbs in them. 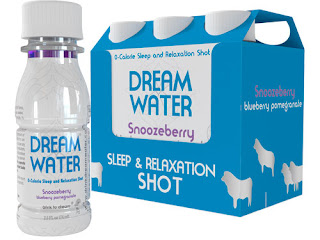 Has anyone ever tried this stuff? I was looking for reviews on the Internet and could find nothing, at least nothing readable or that looked as if it had not been paid for by whoever makes Dream Water. I had no choice but to go ahead and try it for myself.

I downed one little bottle maybe a month ago. I cannot remember why I could not sleep but it was some extreme situation. The Dream Water tasted like Kool-Aid. I felt like an idiot drinking it. Then I went to the computer and started horsing around with I forget what.

And all of a sudden I was just yawning like crazy. And wiping my eyes. I was fading! I went to bed like a sleepy toddler and I was down for the count.

Last night I thought, I will try another bottle of that. And guess what...

This morning I awoke feeling great! I was dreaming about work. But it was not like a stressed-out work dream. In my dream I was moving forward stepping on heads. I woke up all energetic and optimistic. All the wine I had drunk had been forgiven! Plus Lent was over. Life was beautiful.

Today I managed to work in a Zumba class between work and the concert I went to which was David Finckel and Wu Han, a cellist and pianist husband and wife team. No Dream Water tonight. I will not need it!

I seriously need to get some of this dream water, are you sure it's real?