Opera with your breakfast 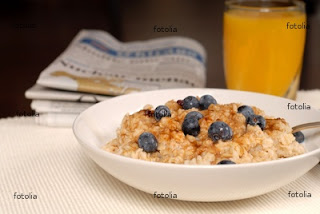 There is an ability men have that women do not and that is the ability to read the paper in silence.

Just now I was downstairs with Howard, The Buffalo News and the Wall Street Journal. I was drinking coffee and Howard was eating his Millville oatmeal. Howard has the front section of the Journal and I have the Friday review section.

"These people in Egypt, I hold out no hope. I mean, I would like to be happy, but .... They are chanting, 'Hold your head high, you're an Egyptian.' Ha, ha! I would respect them more if they played 'Walk Like An Egyptian.' ... They should blast that song from loudspeakers. 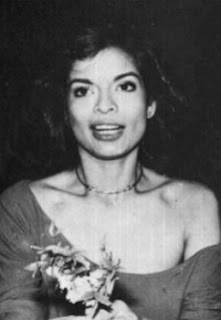 ... She splashed a glass of red wine all over a painting at an art gallery."

At this point Howard did not look up but he replied. "I hope it was modern art," he said.

"It was modern art," I said. "The painting sold. The artist did not mind that Bianca Jagger spilled the red wine on it."

Back we went to our separate universes.

"That is a great British name, Jagger. It's like something out of Dickens. ... Oh, look at this story about how all these musicians thank God for their success. It says that if you believe you are doing what God intends you to do, the odds go up that you will be successful. Ha, ha! Lady Gaga thinks that. And P. Diddy."

Then even I lapsed into silence, thinking about how my book on Leonard Pennario will be an international blockbuster, because I believe I am doing what God wants me to do. No particular evidence for that, I just do.

That having been thought out, I began again to talk.

"Another huge story about writers talking about writers. I am so sick of writers writing about writers. Does anyone care? Don't these writers ever listen to music or anything? .... Oh, look a new biography of Judy Garland. I wonder if it mentions Leonard. Oh wait, it's from 2000. ..."

Howard and I joke about how we tune each other out.

Mozart captured this situation in "The Marriage of Figaro" and I always think of that. The opera opens with this engaged couple, Figaro and Susannah, talking about two different things. He is measuring the space for their bed and she is talking ... and talking and talking ... about this new hat she bought. Mozart, being a married guy, got the mood exactly right.

This is not the greatest sound quality but they have sort-of subtitles so you can see what I mean. It is hard to find opera clips on YouTube with subtitles. Plus, Jose van Dam is a singer I love.

Ha ... here is a cute modern staging. Well, it is a little dated now. The point is, though, he opera is kind of like "Upstairs, Downstairs." It can play out in any time, in any place.

It certainly plays out in our breakfast room!
Posted by Mary Kunz Goldman on February 12, 2011

Did you know that there will be a new series featuring some of the Upstairs Downstairs characters? It will be set in the house on Eaton Square. Watch for it on PBS in April.