As Schubert would say... 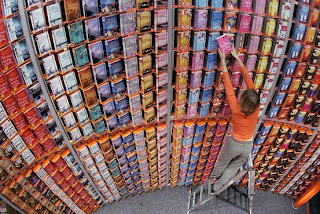 Remember the film on French TV of Leonard Pennario? There is an update.

I heard a few days ago from the gentleman in Germany who told me about it. He is a violinist! He said he has it and will send it to me!

The one thing funny about his note when he told me that was, he wrote the email in German. That was because in my first email to him I mentioned in a postscript how much Leonard had loved German audiences. I said, "Maybe he told me that because he knew I was German, but I think he meant it."

My friend in Germany interpreted that to mean I spoke German! 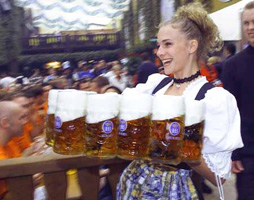 Which, I do speak German, because I studied it. But I speak it only to an extent. And not to a very great extent, I found as I tried to answer him.

I wanted to write in German, just because. Because he is being so nice to me, I guess.

End result, as we say here in Buffalo: It took me two days to finish my email back to him. I am sitting there at the computer and I have a new window open to an online German dictionary. For the first time in years I am sitting there thinking, OK, if I am going to write, that is wonderful news, what is news? Nachricht. What gender -- der, die, das? Die Nachricht.

I get up early and there I am, crafting these convoluted sentences. The one thing I have going for me in German is word order. A lot of kids in school saw the word order as backwards or confusing but I always had it right, I just sensed it. I think it comes from listening to so much Schubert.

But fine, it's great if you listen to a lot of Schubert but the end result, as we say in Buffalo, is that you can discuss love and friendship and Gemuetlichkeit and sunsets and woods and nightingales until the cows come home, but you are short on vocabulary when it comes to talking about DVDs and television programs.

I found myself just staring at this dictionary.

I get foggy on endings so it takes me forever to copy these sentences.

Was gibt es neues? That is the terrible phrase "What's new?" Don't you hate when you are asked that? Nothing you say is ever good enough.

There was one person the other day who asked me that, I forget who. And I spoke excitedly of this gentleman in Germany, and this TV recital by Pennario. And this person, whoever it was, said to me: "That's really important. Don't drop the ball on this, now! Make sure you get back to him!"

Right, I am going to go drop the ball on this, you know?

Was rauchen Sie? That means, "What are you smoking?" I did not even have to look that up.

Since writing my email I have gone on a Schubert song jag, listening to Schubert in the car, thinking it might be time to improve my German again. It is good to know languages.

I will tell you when I hear back from my violinist friend.

He is probably scratching his head over my email!
Posted by Mary Kunz Goldman on February 08, 2011