It is going to be zero degrees tonight! And coincidentally, starting at 5 a.m., they are shutting off our power.

For once this is not because I have not paid my bill. I am so focused on Pennario I sometimes forget to pay my bills and I have to grovel and pay late charges.

No, it is because they are doing some work at the corner. Buffalo's circa 1910 electrical infrastructure needs constant maintenance and updating and that is what they are doing. There is a hole where they have wires buried and they have been digging in that hole.

Me, I just shrug. My name, Mary, is Hebrew for "bitter" and so I sit around and say, what the heck, whatever.

But Howard, it is different.

The name Howard is ancient Anglo-Saxon for "noble watchman" or, more literally, "steward of the house." And so Howard is vexed. He was in the basement just now stoking the furnace down there so in the morning we may open the door to the basement and get some heat from there. He has been worrying about how things will go as far as making oatmeal in the morning and his shaving and my drying my hair.

Howard, the steward of the house!

I tease him about that, affectionately of course, when I catch him guarding the perimeter. Howard is always checking to make sure windows are closed and doors are locked and the Christmas tree is unplugged and candles are out. He is watchful. That is how he is wired because that is how he was named.

The Howard family in England is one of the great noble families and has produced several saints. They are England's most prominent Roman Catholic family. Here is the Howard family crest.

In America we have Howard University. 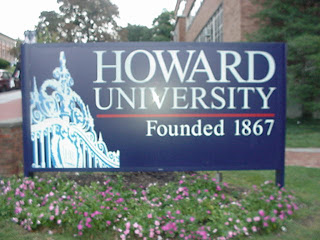 That is where they teach you to check furnaces and extinguish candles!

I will sleep peacefully, with Howard in charge!
Posted by Mary Kunz Goldman on January 16, 2011