A zest for Budapest 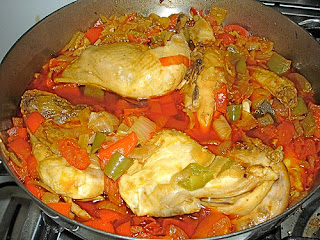 Ever since finding out that I may have Hungarian blood I have been on this Hungarian food kick. Tonight I made Chicken Paprikas.

If I did not have Hungarian blood before, I sure do now!

My Hungarian friend Marta has told me a couple of things about Hungarian food, so I could approach this recipe from a position of strength. No. 1, you are not to use paprika and black pepper in the same recipe. They do not belong together! Use paprika only. Marta says that on Hungarian tables they do not have pepper shakers. They have paprika!

The other rule is you always serve goulash not with noodles but with potatoes. That is what I did the other day. I had beginner's luck. The recipe asked for noodles but I put in potatoes instead.

I hate to think what might have happened had Marta approached the table and there would have been noodles there and not potatoes.

It would not have been pretty!

In the spirit of Hungary here is Pennario playing the daylights out of this wild Bartok Sonata. And here is Part 2. You have to love what a commenter wrote: "Super-human!"

I should have contented myself with simply listening to that instead of cooking Chicken Paprikas too. Because I could not stop eating! Hungary, Hungary Hippo! It is amazing how shorts that were loose in the morning can be tight at night.

Here is one thing funny about the recipe. Recipes crack me up, you know. So many of them are funny. This Chicken Paprikas recipe called for two tablespoons of sour cream. That was amazing, that was all the sour cream it took. It ended up tasting nice and rich.

And the recipe said, when it mentioned the sour cream, "May use low-fat."

Uh, excuse me, I am not using low-fat sour cream when all it calls for is two tablespoons. What would I save, six calories? 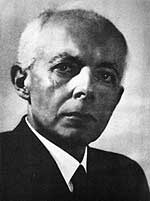 ... would be looking down with dismay.

What about Bela Lugosi? 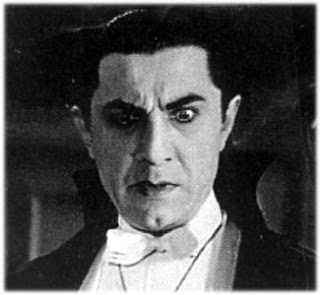 He would be horrified! That is the way Bela Lugosi would look were you to skimp on those two tablespoons of full-fat sour cream.

What about Bela Fleck? 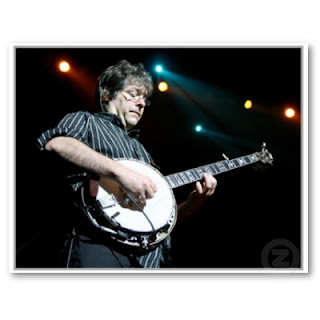 Well may you ask. He would be outraged.

And so would the Flecktones!

You must tread carefully, in the Hungarian kitchen.
Posted by Mary Kunz Goldman on October 17, 2010