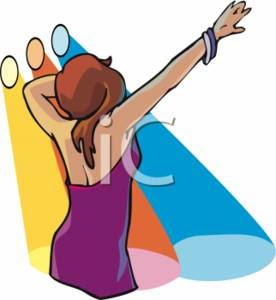 My friend Jane had impromptu drinks on her porch and I met a friend of hers, a priest. He has a wonderful name, Rev. Angelo Chimera.

I know all these Italian priests! Father Secondo and now Father Angelo.

Why bother going on vacation to Italy when I know people with those names right here in Buffalo?

It is funny about Father Angelo because it turns out I auditioned for him a long time ago when I was in the church organist business. It was the first time in my life that I sang solo! I had to do that as part of my audition. I remember he asked me on the phone, "And of course you can sing?"

Hahahahaa! I could not! I had always been afraid. But I wanted the job and so I practiced in the car and in the shower and when it came time to do it I did it. I did not get the job but I got something better. I got courage and confidence. I wrote a story about it and they printed it in The Buffalo News' Sunday magazine. It was only the first or second story I wrote for the paper. I worked hard on it. I can recite whole paragraphs from it word for word.

The hymn I sang was "Let All Things Now Living." Here is a beautiful video someone made of some youth choir singing it. It is a beautiful hymn and I used to like to play it on the organ, is why I settled on it. I even used to improvise on it. I had a lot of fun with it. Now that I think about it, it is ecumenical. Anyone could sing this song. You do not have to be Catholic or even Christian.

Watching that video, listening to that song, makes me kind of emotional. The line about traveling forward from light into light, that was the way I felt that day, singing for the first time! That moment is fixed in my mind, when I finished up my little intro on the organ, quietly cleared my throat and moved the microphone closer. Took a deep breath. Sang.

I sang the first verse and then the second, about the stars in their courses. You must do the thing you think you cannot do! Goethe wrote that and it is true. There are some times you have to hold your breath and jump. I did that when I went to California to see Leonard Pennario and did that way back when, singing that hymn.

That was up in the organ loft at Nativity Church on Albany Street, where I did the thing I thought I could not do, and I sang. And there was Father Angelo down in the church listening to me. He was the only one there, I think. I do not think there was anyone else. After I sang he said casually, "Well, I see you inherited the family pipes." That is because my brother Tony is an organist and he sings.

I interpreted that to mean I could sing. And I mean, I am no great shakes as a singer or anything, but from that moment on, I went forth and sang freely when I played the organ. I sang at a lot of people's funerals and an awful lot of English-language Masses and that was the way I paid my bills for a few years there. It's funny, though I remembered so many details about that audition that got me started, but I had sort of forgotten what church it was, and what priest. Father Angelo reminded me and he said he had saved the story from the paper. We were drinking watermelon margaritas and laughing about the whole thing. When we said goodnight we gave each other a hug.

"Let All Things Now Living" has the melody of "The Ash Grove," a famous Welsh folk song. It is hard to find a professional take on it on You Tube among all the amateur versions but here is one.

Ha, ha! Remember how I said the song was ecumenical? Here it is being used by the United Nations General Assembly as part of their prayer service, which, I do not know where to begin to ask questions, but there are all these exotic-looking people. And the greatest thing is, watch the guy in the front row. He is lost, turning his program this way and that, looking around. Naturally the camera zeroes in on him. Poor guy! He cannot quite sing.

Once that was me! But no more.

Thanks to my new friend Father Angelo.
Posted by Mary Kunz Goldman on July 02, 2010

What a wonderful post this is! It made me feel so much better!

Nativity was my childhood church before the move to North Buffalo and now Snyder. It was a senseless victim of the Journey through Faithlessness and Disgrace by the Diocese. The pipe organ in the church is held in very high regard. I wonder what happened to it? I suspect the church will become a magnificent ruin shortly.

For Jerry Puma: The organ dates from 1853 and was built by Hall and Labaugh of New York City. It was originally installed in St. John's Church, Yonkers, NY. It was later modified by another New York builder, J.H & C. S Odell. Final documentation is not known to exist, but it appears to have been installed in Nativity Church in 1911. Later work was done by Buffalo's Viner Organ Company, among others. It is greatly to Father Chimera's credit that he protected this organ from being pulled apart for salvage. I don't know its present state, but it's very important historically and probably in danger of destruction. Lamentable.

Prof. G, that is great that Father Chimera protected that organ. Jerry, it was so much a Journey of Faithlessness and Disgrace.

Father Chimera is now in charge of All Saints in Riverside.

Jerry, are you a Christ-the-Kinger now?

Technically we are registered at St. Benedict's from our last residence, but we go to Christ the King, since it is in our backyard.