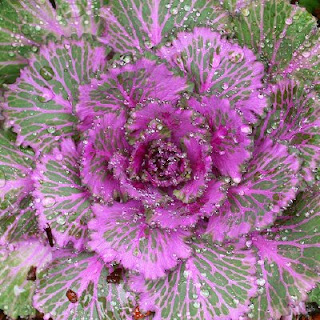 The Gramophone Magazine archives are a kick. I was on it just now looking over a 1958 story about which records had gone out of print that year. I did not find the Pennario reference I was looking for. But I did find something great: a reference to "Kiss Me Kale."

Hahahahaha!! What is that, a musical about vegetarianism?

The Gramophone archives admit that they have not quite ironed out a few kinks. They have a computer system that "reads" the old print copies somehow and puts them up in Internet type so you can read them. And things get lost in translation. "Pennario" might appear as "Rennario" or something. This is a robot doing the reading and it does not know.

"Kiss Me Kale" was my laugh for the morning.

Here is something else that gave me pause, to use an expression I love, as I was looking over these old Pennario-related clips.

I have written before about my experiences long ago in Lily Dale, the, ahem, spiritualist hamlet. Well, it was three years ago. But it feels like a lifetime ago and in a way it was. Because now that I take being Catholic more seriously I cannot go to mediums. I do not even look at horoscopes any more! You know what, it is just as well. I was never much into it to begin with and who needs this stuff.

Still there is no undoing the past and I did go to those mediums that one time, back before I knew to stay away. And I wrote about how that one medium had predicted that I would get involved in a project with an "elegant" individual and the project was going to be extremely successful.

"Elegant" was the word she used. If you look back you will see that I wrote that word consistently. I told the story then told it again by accident exactly a year later.

Anyway, yesterday I was making a note about how often journalists, describing Pennario, used that word "elegant." I was struck by that. I was thinking about the implications of the word. It is kind of cool and remote. It is often used to describe, say, German officers in World War II.

I am not saying all this will end up in the book but I love words, the implications of words, how one word is a shade different from another. Leonard Pennario was into words too and turning a word over in your mind is a very Pennario thing to do.

It was only this morning while I was playing the piano that it came back to me how the medium had used that word, specifically, "elegant." Isn't that strange?

There is no doubt at all who she was talking about, that is for sure! She had also said that the piano would be important and I was thinking, that's odd, I love my piano studies but it is not as if I am going to be doing that for a career or anything. Now I see how it all fit together. Again: isn't it strange?

Howard says it is not strange because that is what mediums are supposed to do, predict the future.

Howard is right! And that is why we are told to stay away from them by the Lord. It is not His power at work.