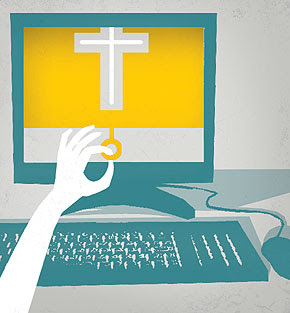 A few of my friends have given up Facebook for Lent. I cannot quite figure that out. And you see it on people's blogs all over the Internet. It is called a Facebook fast! It is so prevalent that I was able to find and rip off that picture up above with no problem at all.

I admire them for sacrificing something they enjoy, and I know, something does not have to be bad for you in order to give it up for Lent. But what gets me is that people seem to suffer guilt over Facebook. They act as if it is this vice and some of the people who gave it up for Lent are saying that they may not pick it up again when Lent is over.

How about just giving up life, you know?

Go ahead, give up your friends.

Give up talking to people!


But the telephone is important and it would inconvenience other people if I stopped using it. I cannot just sit at work and let it ring and say, "Ring away, I have given the telephone up for Lent."

I think Facebook is as important as the telephone. And I do not suffer Facebook guilt, I will tell you that right now.

I am not on Facebook all the time, just a few minutes here and there, but I am in better touch with long-distance friends and have gotten to know major figures in the music world. I do not see how my giving up Facebook would benefit me or the world.

Plus, if I made that sacrifice God would see right through it.

He would know that I was giving up Facebook only because I could not give up wine.
Posted by Mary Kunz Goldman on March 04, 2010

You are too funny, Mary! I personally could never give up Facebook.. it would be a sacrifice I know I wouldn't keep in the long run, so why bother?

What gets me this time of year is all the people who announce what they give up for Lent. Doesn't that kind of defeat the purpose of the sacrifice if you are advertising what you are doing? "Look at how cool I am.. I gave up FACEBOOK!" hahaha

I do admit though.. I tell people what I have given up if I'm being pressured into indulging in that act/thing. I just say, "Thank you, but I gave it up for Lent.. see me Easter." And that's usually because they don't take the hint when I tell them over and over again, "no thank you."