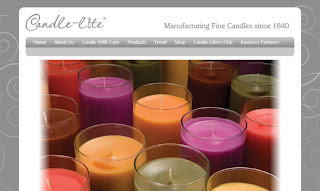 I gave in and bought two more Candle-Lite candles. Remember them? My friend Ryan knows how to do the trademark sign but I do not. Otherwise I would write Candle-Lite (TM) candles

The new candles are those three-tone candles. I did not think I would buy them but they went on sale at CVS and I could not resist. One of them smells especially good.

What about Vanilla Ice? 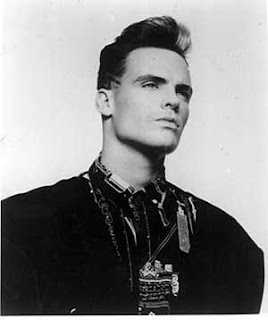 After my book on Leonard Pennario is a best-seller he will beg me to write his biography and I will say no. Gently but firmly. Even though I did always kind of admire his name. Vanilla Ice, that is pretty funny.

Remember that from when you were a kid?

Here is another thing I was remembering from when I was a kid. I was listening to Tom Bauerle this morning on the way into work. I could listen to only a couple of minutes because commercials came on, but one thing he said brought back a flood of memories. He said he was reading fortune cookie messages followed by the words "in bed." It was a joke he had picked up somewhere.

Say your fortune cookie says: "You will be heroic." You add: "In bed."

We used to do that when I was a teenager. Except for we used to say not "in bed" but "between the sheets." Plus, we did not use fortune cookie messages. We used hymn titles.

"How Great Thou Art (Between The Sheets)."

"Be Not Afraid (Between The Sheets)."

Hahahahaha!! We thought that was hilarious. There was one time when a group of us was at Mass somewhere and I thought we were going to die. You had the hymn book on your lap and someone was always poking you and pointing at the hymn title and you knew what it meant.

Such lives we lead!

(Between the sheets.)
Posted by Mary Kunz Goldman on February 05, 2010

About laughs in church: Try keeping a straight face when listening to the speaking of a priest who had the nasal tenor voice and delivery of Reggie Van Gleason III...if you remember that character. If you don't, it's the same voice that Johnny Carson used as Art Fern of the Tea Time Movie.

I know a number of "between the sheets" jokes, but none of them are acceptable in your g-rated weblog, so I'll omit and behave.

All those flavors remind me of the juice you can get for e-cigarettes. I just had some Vanilla Coke! Every flavor imaginable is available too, lol. Still, it seems strange to plug your cigarette into the computer's USB port in order to use it!

I just got a fortune cookie and it said: "Be true to yourself." Between the sheets! Not sure what it would mean but it's funny all the same.