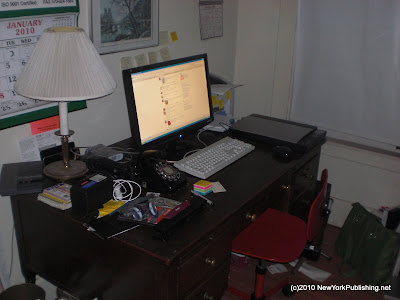 Hello, America. This is Howard Goldman, your "Buffalo Bloviator". I'll be filling in for The Wife today.

Mrs. Goldman is on assignment and she will be returning tomorrow. She ran off to work to make some deadlines. As she searched for the keys to her Crown Vic, she surprisingly requested that I command her blog.  Today I sit before you at The Wife's golden excellence-in-blogging keyboard. I am humbled.

The Wife did not provide me with any show prep, but I figure that she would want me to talk about last night's dinner party. We had her boss over for dinner. We are confident in our hosting abilities and in a situation like this, the wildcard is always your Buffalo Bloviator's potential verbalizations. I am pleased to report that by all accounts, I did not ruin the dinner party or even get The Wife fired - as evidenced by the fact that she had to run off to work this morning, and further evidenced by her subsequent - leaving-me-in-charge. 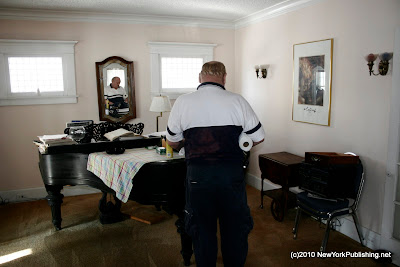 We haven't had a dinner party at the house in a long while. We used to entertain constantly but the last couple of years, our projects and hobbies have left the house in a state of disorganization. We deployed Larry to whip the place back into shape. Larry is an old friend of mine and he loves to clean. If you click on the image, it will enlarge and you will notice that Larry has selected a ratio of (2) packs of Seneca cigarettes to (1) can of furniture polish. If he doesn't exhaust the can of polish, he will still exhaust the two packs of cigarettes. When Larry finishes cleaning our house, it is dust-free. I love the smell because it takes me back to my childhood when my parents used to host political all nighters down in our basement. Chain smoking local Democrats used to plot and scheme for hours. Typically against other Democrats. Len Lenihan was just a kid then. 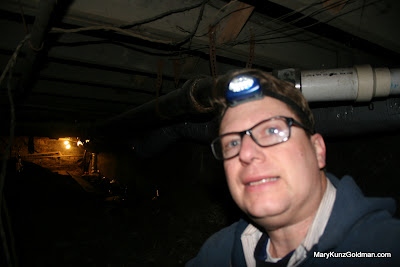 Downtown just 45 minutes before our scheduled dinner party with The Wife's boss. 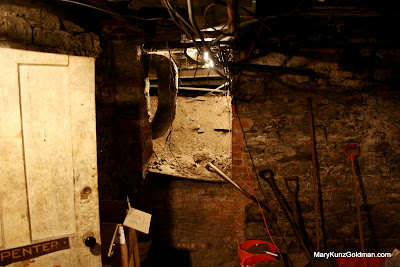 The entrance to the room at Big Blue, full of hundred year old coal ash. I crawled through it just before the dinner party.

While The Wife was at home preparing for the dinner party, I was downtown at "Big Blue". Big Blue is what we call my downtown restoration project. It is the last Delaware Avenue house located near Niagara Square. I have been slowly excavating coal ash from a 1000' room off of the basement. Nobody has been in there in decades. To show-off for my Facebook friends, I agreed to crawl all the way in there and take pictures. I succeeded. So, thirty minutes before the dinner party with The Wife's boss, I was covered in hundred year old coal ash. 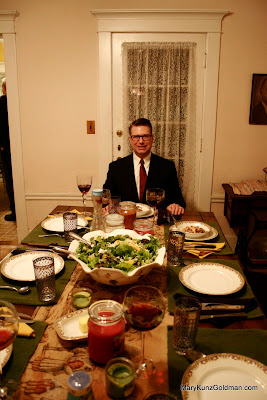 That old basement was pretty creepy but the most terrifying thing was the look on The Wife's face when I walked in the door covered in hundred year old coal ash dust - minutes before the dinner party. The picture above demonstrates my command of just-in-time inventory control. 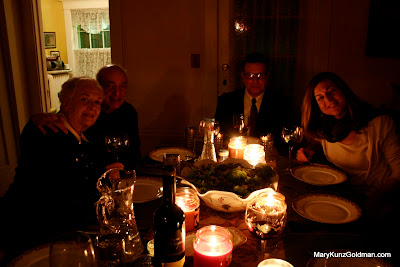 The writing on this particular blog entry is terrific. I smell a potential coup.

But aren't most top-flight journalists putting out the paper on Sunday nights?

Wonderful post, Buffalo Bloviator! You are indeed a man of many talents!

Wish we could have had a picture of 'The Wife's' face though, lol!