Day of a thousand sales 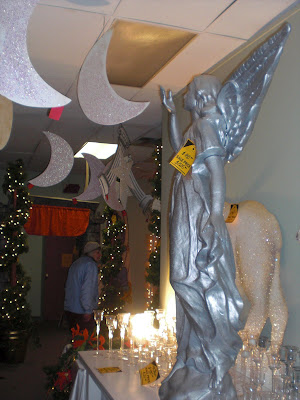 Yesterday my mom and I hit six estate sales. We had to move very efficiently! We think there were that many sales because Thanksgiving put everything behind a weekend.

One sale was very unusual! It was on Main Street next to the old Bethune Hall which used to be the UB art department. Many an hour I spent at the old Bethune making meticulous charcoal drawings of industrial stuff ... pipes, cardboard, pieces of foam rubber. That was back in the early '80s when I should have been going to hear Leonard Pennario, but no, I was pursuing an ignorant agenda, drawing the stuff at Bethune that was lying around. That was what the teachers had us do. I still have those drawings in the basement. I should go look for them.

We also used to draw nude models at Bethune! But that is another story.

My Uncle Bob said that Bethune Hall used to be a factory where they made parking meters. I do not know what it is used for now. Nothing, it looks like.

Back to the sale. It was in an industrial building next to the old Bethune. I believe it was held by a display business. It was full of things you would use in window displays.

Here is a picture of my mother eagerly perusing the sale. That is also my mother in the top picture, walking past the angel. 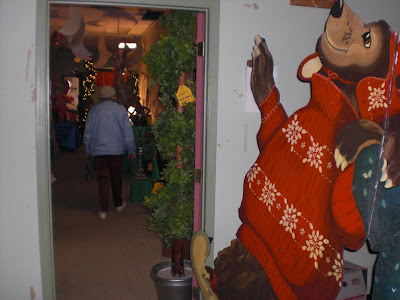 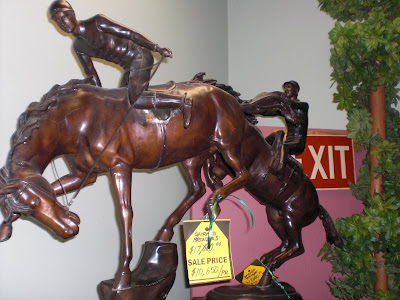 I got my mother to smile for a picture. 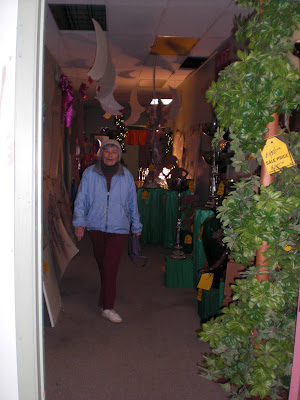 Does anyone else like old signage? There was this dandy specimen outside. 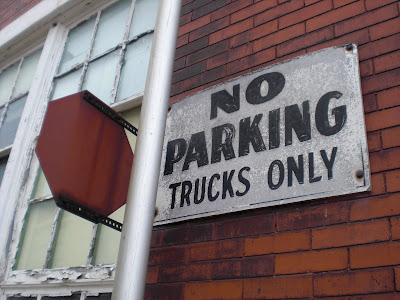 We did not buy anything from that sale but other sales yielded treasures. Here is an overview of my mother's purchases for the day. Observe the fine antique box grater, sitting in the classic avocado green mixing bowl! The paraffin wax in the front of the picture is mine. 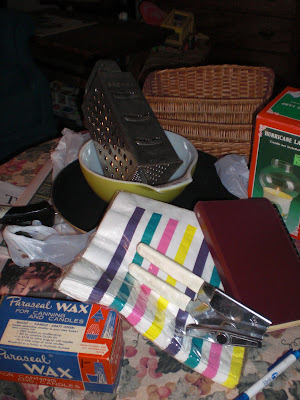 I bought a beautiful 1920s serving cart. My mother spotted it for me and there were some tense moments because someone else appeared to be looking at it but no, the other customer wanted only the Christmas tree sitting on top of it. She bought the Christmas tree and I bought the cart and we both walked away happy wishing each other Merry Christmas. The cart is downstairs but the downstairs of my house is a mess. I have to do some cleaning up and then I will take its picture.

A Saturday of epic proportions!

I wonder what next week will bring.
Posted by Mary Kunz Goldman on December 06, 2009