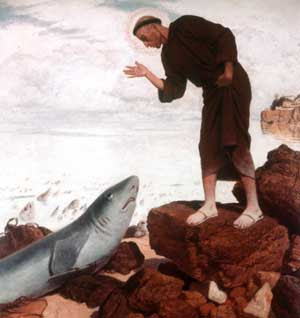 I have been having the wildest day. The most supernatural day.

In case you have not gathered this by the way the Web log has been going lately, my life has been terribly chaotic. Just as an example there is this record I have been trying to find. Nothing important, nothing by Leonard Pennario, nothing I need for work or anything. Just this Mozart record that I bought when I was a teenager that I have been thinking about.

This record somehow came to symbolize everything that is wrong-headed about my life. I actually brought it up a few days ago in my morning prayers. I was complaining about how I needed to get my act together. "I mean, there's this record," I said. "There's no use even looking for it. It could be anywhere. That is how big of a mess my life is. Everything is like that. Everything."

But this story is not about this record. I am just trying to illustrate how nutty things are. The story is mostly about my checkbook.

Well, it is actually about my checks. I was out of checks and I knew I had some more checks somewhere but for the life of me I could not find them.

And I know, I could order new checks, but just the idea of going through that trouble made me want to go lie down. Plus I knew those stupid pads of checks were around somewhere. I knew it!

But I could not find them. Once I got all excited when I found a box of checks inside this old yellow cabinet I have but zut alors, they were for an old account. I actually burst into tears and Howard, who witnessed the whole pathetic incident, had to josh me out of it.

So. That was a couple of weeks ago. Today I was getting ready to go to church and I thought of those checks, as I do every Sunday. I think of them because I have been behind in my church contributions because they have been missing.

My church is St. Anthony. And our priest, Padre Secondo, always tells us to pray to St. Anthony when things are missing.

Usually I would not pray unless it was something really big. But now I thought, why not. We are never told only to ask St. Anthony to find big things. These checks might not be big but they have become a big irritation.

Howard was still asleep and I was by myself so I explained the situation out loud to St. Anthony. I said, "One reason I need these checks is because I am behind in my church contributions. My church is St. Anthony of Padua. That is you." Ha, ha! But I figured that would not hurt.

Then I went back upstairs. And I had a funny feeling to look in that yellow cabinet. This is ridiculous, I thought. The only thing in that drawer was that box of old checks. But I opened it anyway.

And the drawer was not empty. There was an envelope I had not noticed. I opened it.

And in the envelope were my checks!

I had been looking for a box. They were in an envelope and that was why I had not seen them.

It all happened so fast. I just sat there dazed. I mean, I had that prickly feeling you get when you KNOW that there is something out there and you have connected with it. Here I had called on this man who had been dead 700 years and I saw beyond a doubt that he had heard me.

Then something else happened.

I went downstairs and I should have been leaving for church but I was too dreamy and dazed. I drifted over to the record player and began putting away a few records that were out. There was this Ahmad Jamal ... 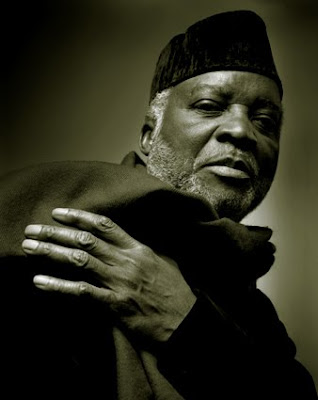 ... record without a jacket and I started leafing through a pile of records looking for it.

And guess what I found?

That Mozart record I had been wondering about!

Son of a sea cook, that was strange. And after all that I went to church and I did not even tell anyone! My Facebook friend John Callahan showed up again and I got laughing with him after Mass about stuff and I did not think to bring it up.

But now I am thinking about it. I even told Howard about it. Howard is not Catholic but he was impressed because he was there for the situation with the yellow cabinet. I told him if he loses anything to remember that St. Anthony is there.

That is St. Anthony up above. It is his famous Sermon to the Fishes. St. Anthony was preaching and all the fish swam up and stuck their heads out of the water and listened to him.

But I will tell you one thing, I believe it.
Posted by Mary Kunz Goldman on November 29, 2009

Email ThisBlogThis!Share to TwitterShare to FacebookShare to Pinterest
Labels: Supernatural