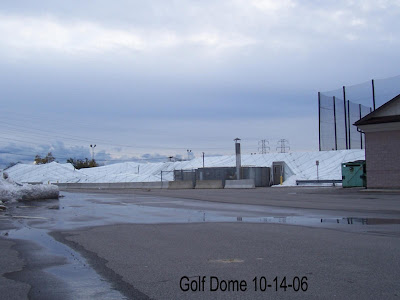 Over the weekend Howard and I stopped by the Hyatt and caught up with Jackie Jocko. Our friends Ellen and Mike were there too. They are from Orchard Park. And they told us the funniest thing.

Mike said that at this party we were all at a few weeks ago, there was a guy there who was sure that Howard was Duane Paddock, of Paddock Chevrolet.

"I said no, that is Howard Goldman," Mike said.

He said the guy stuck to his guns. "No, that is Duane Paddock, from Paddock Chevrolet," he said. "I am going to go and say hello to him now."

Ha, ha! Howard does not remember anyone coming up to him saying "Hello, Mr. Paddock." But oh, who knows, as Jocko might say. It could have happened.

The funniest thing was, I had never known there was a Mr. Paddock. I always looked at Paddock Chevrolet and I would see all those glistening new cars sitting there in rows in the lot, and I thought it was called Paddock Chevrolet because they were like horses in a paddock.

I honestly thought that!

And Jocko did too! We talked about that on Saturday.

So, the big question. How closely does Duane Paddock resemble Howard Goldman? Here is a picture of Duane Paddock. 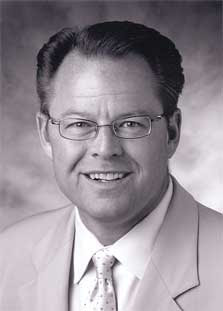 Here is a picture of the Duane Paddocks. Hereafter on this Web log we will refer to married couples that way. 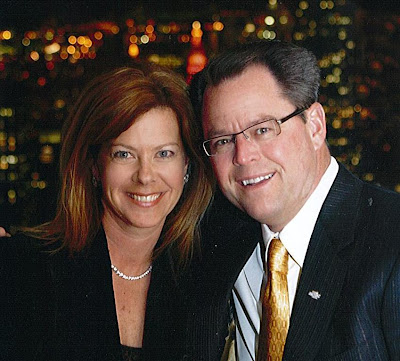 Here is a picture Howard took of himself yesterday. 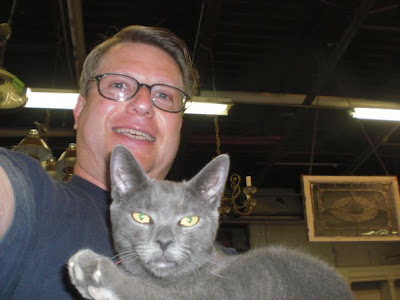 It is fun to look at pictures! Here is a picture of Leonard Pennario as he looked at the phase of his life I was writing about this morning, the time he was in the Air Corps. 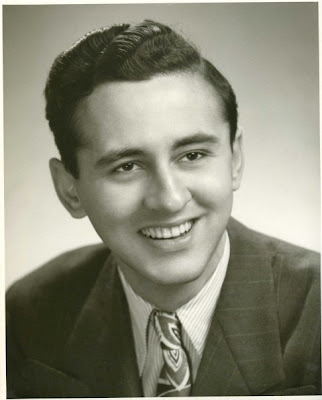 And up at the top of this post is a picture of the Paddock Chevrolet Golf Dome as it looked during our Surprise Storm of 2006.

You can judge for yourself whether Howard Goldman looks like Duane Paddock.

It is a most curious question!
Posted by Mary Kunz Goldman on September 14, 2009

Judge for myself, eh? Nah, Howard's eyes are way too yellow!

And whatever happened to 'Livingston'?

I like Howard...
What I admire most about him is that he has interests & he likes to explore. He's "handy", he's a "doer", & he's artistic. He has friends that he interacts w/daily, just as you, & he appears to have an open mind. Mary, You're on the lucky end, the rest of us could use more Howards. On the other side of the coin, no doubt, we could use more of MKGs as well.

P.S. No Howard does not look like Duane Paddock.

I don't know about Duane and Howard, but the gray cat definitely doesn't look like Duane's wife.

or The Wife, as Howard would say.

Which one is Howard? They're both wearing the same smokey grey color, probably sitting in the same smoking chair; and what about Jocko?? (unconsciously I too thought the same thing about the Paddock, and venture so have many WNYers) The cat's outathe bag.. and looking very sphinxlike. Hello Mary, some call me Smiles n Light, pleased to meet you, and the Howard Goldmans, was that right??? Looking for sum net etiquette on this married couple cognomen thing:)'s*