Comfort me with apples 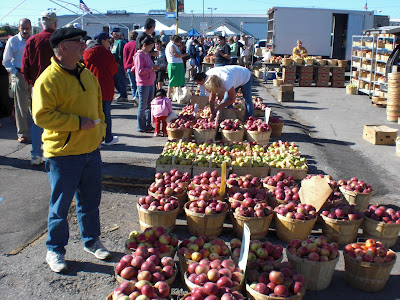 Early this morning the 'phone rang. This is the dial 'phone I wrote about a while ago, the 'phone that used to belong to the pianist who did not want to talk about Leonard Pennario, imagine that.

The 'phone has that great 1950s ring. And I answered it and it was my friend Gary. I always know it is Gary because he is the only person who calls me on this 'phone. It is the Gary Marino Hot Line!

Gary was going to the Clinton-Bailey Market and wanted to know if I wanted to go.

"I am not going to buy much," I piously said. "My fridge is already full of stuff I already bought. I cannot fit in one more thing!"

As if at the Clinton-Bailey Market I can ever exercise any self-control.

Here is what I bought: A quart of Concord grapes because Howard loves them. Five pounds of wildflower honey because Howard loves that. I also bought a big golden cauliflower. I love that color. It looks as if there is cheese already on it! And a quarter bushel of tomatoes. Gary and I split a half bushel. When I got home I chopped the tomatoes and put them in two crock pots with cut-up onions and peppers and vinegar and sugar and garlic. I am making chili sauce! There is this James Beard recipe and it called for 24 tomatoes and would you believe it, that is exactly what I had. No more and no less!

We also bought apples. The apples at the Clinton-Bailey Market looked beautiful ... 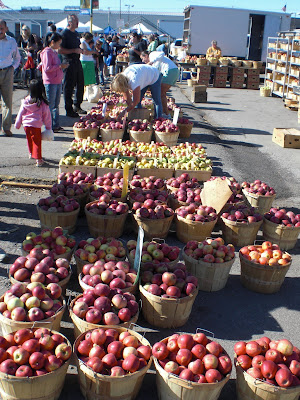 Gary and I decided to split a half bushel of apples. We chose Ginger Gold. That is a lovely name! Just think, I could have a daughter and name her Ginger and then she would be Ginger Goldman.

What about Gwyneth Paltrow and her daughter, Apple? 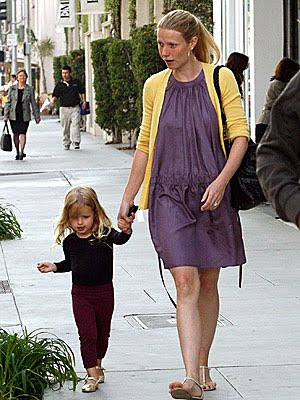 We did not see them at the Clinton-Bailey Market!

We paid $5 for our half-bushel of Ginger Golds. I captured the transaction. 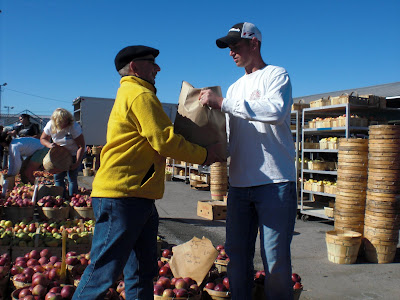 After that Gary and I went to James Desiderio & Sons and bought grape juice to make our wine. Every year we make wine. Gary already chose his wine juice which was Syrah. Today it was my turn and I chose Gamay.

Does anyone out there in Blog-O-Land know anything about Gamay wine?

We have never heard of it!

But that did not stop me from selecting it because at $43.50 it was the most expensive by about $2. I thought if it were more expensive it must be better. Then the gentleman at James Desiderio & Sons told us that it was a full-bodied rich red wine. Full-bodied! That is like me despite all my Pilates classes. So I chose that.

They remembered me at James Desiderio & Sons from when I bought the figs which made me feel very important! Then I remembered it was the braces on my teeth. Everyone always remembers me because of my braces. Which, as of this week, they are teal blue!

OK, it is back to work with my fine full-bodied self. I just got done polishing up a chapter on Leonard Pennario's time at this Montana army base and now I have to go on and work on a chapter about when the Army sent him to India.

Pennario talked and talked about that. He knew I got a kick out of hearing about his time in the Army. I would sit there and laugh and laugh. Plus I admired him because he was brave. So he would talk about it and it was so funny, it was like watching a one-man play. There was one day I just turned on the tape recorder and sat with him and let him talk.

This is going to be a good chapter!
Posted by Mary Kunz Goldman on September 19, 2009

You can get teal blue designer braces! Seriously though the Desiderio's have this thing about remembering people, names, cousins, marriages, it's uncanny- it must run in the family-- but I think there has to be something genuine about you to remember, something triggers this, but it probably was not your teal blue braces...

Yes Gamay is in the fermenter and here is the answer to our query.... http://www.winepros.org/wine101/grape_profiles/gamay.htm
2 hours ago · Delete

I'm so proud of you that you're still using James Beard recipes. I still have one of his books, dating back to 1963 and dog-eared it is!