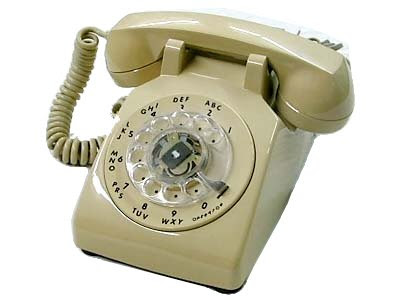 So anyway, there I was yesterday, with my mom at this garage sale. The garage sale was on Berwin Drive off of Getzville. When I go garage-saleing with my mom we always go out Amherst-ways even though if you ask me the stuff in the city is more interesting.

This street sale is winding down and this woman is sitting there with a few tables of stuff left and a dial telephone caught my eye.

I start gabbing with my mom and saying that this phone would make it easier to interview people for the book, because the phone I am using now, the sound is kind of weak and if Howard walks into the room and steps on the creaky floorboard I am in trouble.

The woman was listening and asked me what I was writing my book about.

Which, I love that. Remember the Peace Bridge incident? But I do not say Leonard Pennario's name right away. "An old concert pianist," I said.

She did not ask who. Instead she said, "I'm a concert pianist."

"You are?" I said. I was disappointed that she had not asked who my pianist was, because she was an older woman and I figured she would know him. But I introduced myself and said I wrote about music for the paper.

Now it is suddenly my mom who is bugged because Leonard Pennario's name has not been mentioned. She is catching it from me! So she horns in and says, "I am Mary's mother and she is writing a book about Leonard Pennario."

And it is as if the woman did not hear her! She just started gabbing about this one pianist coming to Kleinhans Music Hall this season. And my mom stepped in again. "Have you heard of Leonard Pennario?" she asked the woman.

Son of a chowder-slinging sea cook! I was dying!

I am used to this kind of thing. I know this type, I mean this woman's type. My brother George have a long-running joke about these people. All they want to do is talk and they do not care what you have to say.

George and I always used to encounter these types in music situations. Music people are tremendously guilty of this. Someone would just want to talk about concerts he had heard and that was it. No conversation. 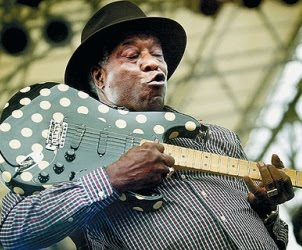 That is what the person might say. After a few minutes you might say: "Buddy Guy came to Buffalo. I got to interview him --"

That is the way this type is!

In this case though, this woman had no interest in talking about Leonard Pennario one bit! My mother also said later that she thought it was odd the woman did not appear to know my name.

That never surprises me, I told her. Strange as it sounds just because you write about music for The Buffalo News does not make you this superstar and if there is one thing I have learned on this job, which admittedly is doubtful, it is never to be surprised when people have no idea who you are.

I politely did ask this woman her name and she told me but alas and son of a sea cook, I have forgotten it. I admit, I did not try too hard to remember it.

Still. Every time I dial a number on my new phone I will think of this woman who did not want to talk about Leonard Pennario.

The phone looks exactly like the one in the picture at the top of this post. It is made by Western Electric! Howard and I turned it over to check. We hooked it up and then we took turns calling it from our cell phones just to hear it ring. You do not realize how much you miss this sound until you hear it again.

Heavens! I am reading this right now on a British nostalgia site: "The Model 500 Phone is a classic American telephone, becoming the most extensively-produced telephone model in the industry's history."

I am not sure how much 49 pounds is but I believe it is more than $3 which is what I paid. So I made a good buy.

Even if that mean woman did not want to talk about Leonard Pennario.
Posted by Mary Kunz Goldman on August 23, 2009

Mary.
You may not be a "celebirty" but you are to those of us who follow your blog!

I bought a similar phone in an aqua blue color at a garage sale. I love it that the handset never gets buried in the couch cushions like these modren ones do!